I can make Pandya one of the best all-rounders: Razzaq 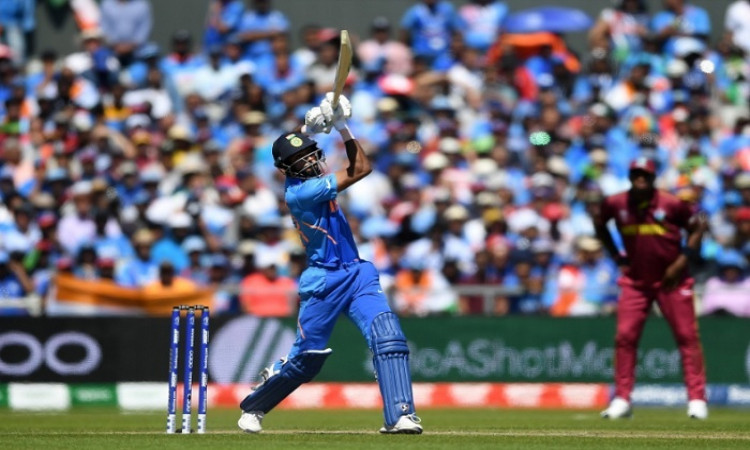 June 28 (CRICKETNMORE) Insisting that India's Hardik Pandya's batting technique had flaws that prevented him from becoming the best all-rounder in world cricket, former Pakistan cricketer Abdul Razzaq has offered to help improve it.

On Thursday, Pandya scored a brisk 46 and shared a crucial 70-run partnership with M.S. Dhoni to help India post a competitive total of 268/7 against West Indies in their World Cup game at the Old Trafford. India came out with a clinical bowling performance as they dismissed Windies for mere 143 and registered a thumping 125 run victory.

Pandya chipped in with the ball and also took the wicket of opener Sunil Ambris. In fact, his send-off to the Windies opener became one of the talking points of the game.

However, Razzaq said Pandya's game had weaknesses, which needed to be worked upon.

"Today I have been closely observing Hardik Pandya and I see a lot of faults in his body balance while hitting the bowl hard. I observed his foot work as well and I see that has also let him down sometimes," Razzaq wrote on Twitter.

"If I can give him coaching, for example in the UAE, I can make him one of the best all-rounders, if not the best. If the BCCI wants to make him a better all-rounder I will always be available," he added.

After the win against Windies, India have moved to the second spot on the points table. They will next play England at Edgbaston on Sunday.