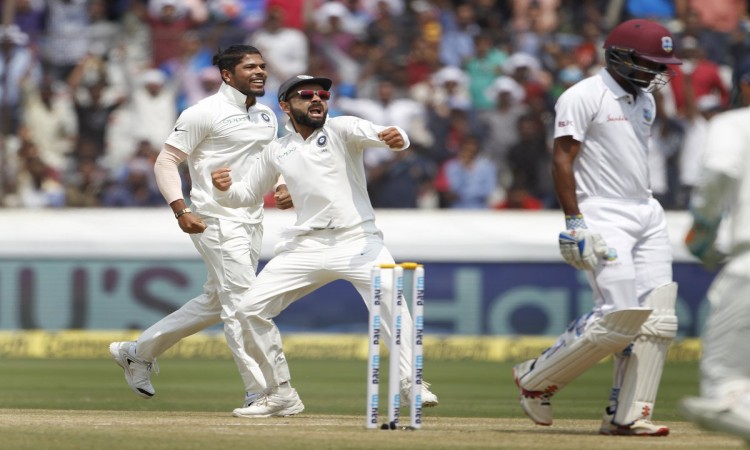 Oct 14 (CRICKETNMORE):  The West Indies are on the verge of yet another defeat as they were tottering at 76/6 at tea on the third day of the second cricket Test against India at the Rajiv Gandhi International Stadium here on Sunday.

The visitors now have a slender lead of 20 runs. They were dismissed for 311 runs in their first innings while the Indians posted 367 in their first essay.

India, who had won the first Test by an innings and 272 runs, are well on their way to a clean sweep of the two-match series.

Fast bowler Umesh Yadav did most of the damage with figures of 3/32. The pacer, who had figures of 6/88 in the first innings, has nine wickets so far in this match.

The spin trio of Ravichandran Ashwin, Ravindra Jadeja and Kuldeep Yadav picked up a wicket each.

Earlier, riding on some top-class bowling, the West Indies wrapped up India at 367 runs in their first innings.