IND vs WI: Let's have a look at top 5 highest run chases between India and West Indies in ODIs 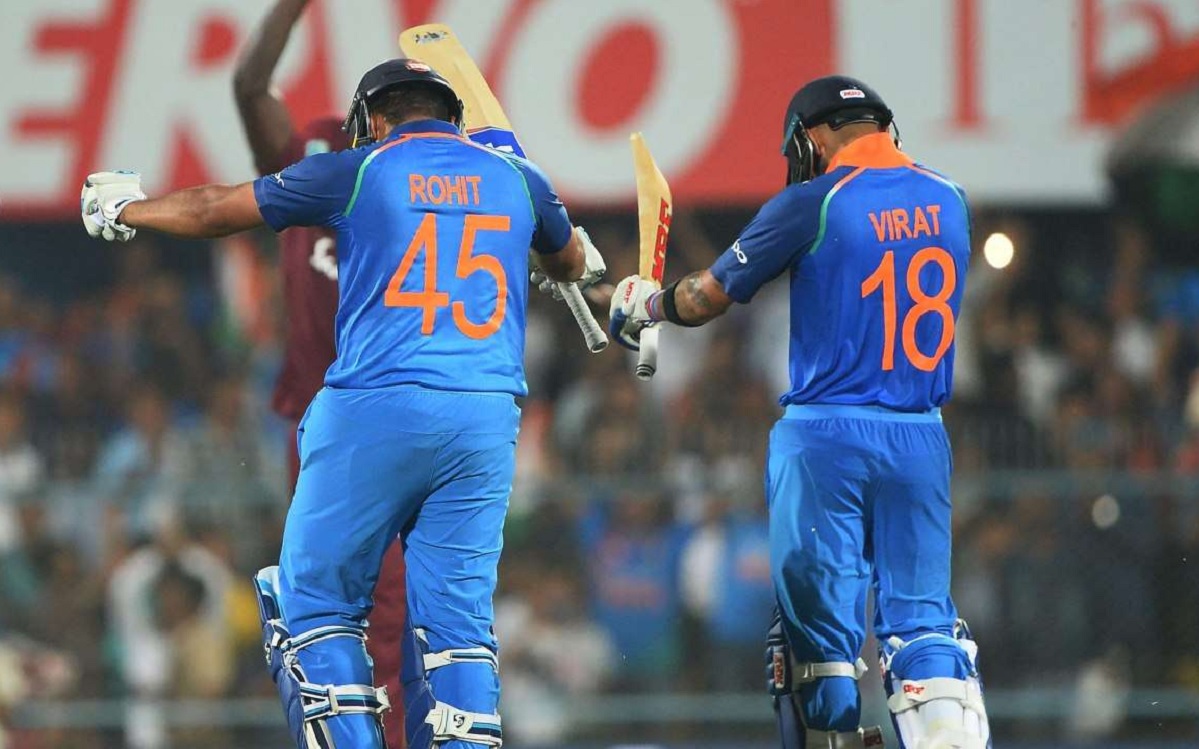 IND vs WI: Chasing down totals is a team art every team aspires to be perfect in. Over the years, teams have succeeded in achieving a perfect team combination and chase strategies to chase down the totals and register victories.

Ever since MS Dhoni took over Indian captaincy and a little later when Virat Kohli established himself in the eleven, the Indian team achieved success in this art of chasing. Since then Indian team has completed many recommendable chases in ODI cricket.


IPL: 'Thought RCB Might Bench Me A Couple Of Games Before Giving Me A Start, Reveals Devdutt Padikkal

India is hosting West Indies for a 3-match ODI series in February 2022. Cricket fans would be hoping for a high run chase in this series between these two teams who were once batting giants and are now struggling to get their batting order in rhythm. Let's have a look the highest successful run chases between India and West Indies in ODIs throughout history.

During the 1st ODI in the West Indies tour of India in 2019-2020 played at Chennai, West Indies with the help of some heavy firing by their top order were able to chase down a target of 289, finishing on 291/2 in 47.5 overs and winning the match by 8 wickets.

Team India were put in to bat first and managed to post 289 after the top order failed but the middle-order helped team to a good total. In reply, opener Shai Hope (102*) and Shimron Hetmeyer (139)'s tons helped West Indies to an easy win.

In the 5th ODI at Vadodara in 2002, India posted a total of 290 after being put in to bat first. India's top three - Sourav Ganguly (53), Virender Sehwag (52) and VVS Laxman (71) contributed with fifties to achieve this total.

In reply, opener Chris Gayle scored 101 off 107 balls while his opening partner Wavell Hinds scored 80 runs and a start this good ensured West Indies achieving the target in 46.5 overs, winning the match by 5 wickets.

In the same series where West Indies achieved the target of 289 in 2019, India bettered the contest of run chases as they chased down a target of 316 runs. After being put in to bat first, West Indies posted a total of 315/5 at Cuttack. Windies batters contributed in partnerships, with Nicholas Pooran (89 off 64 balls) and captain Kieron Pollard (74* off 51 balls) were the highlights of the innings.

The hosts' Team India had other plans as openers Rohit Sharma(63) and KL Rahul (77) provided a brilliant start, adding 122 runs in 21.1 overs. After Rohit Sharma fell in the 22nd over, came out India's captain and chase master Virat Kohli, who scored 85 runs in 81 balls and hammered the last nail in the Windies' hopes. India finished the game with 8 balls remaining and 4 wickets in hand.

In the 4th ODI in 2002 at Ahmedabad, Chris Gayle displayed another thunderous performance with his knock of 140 in 127 balls. Courtesy of this innings by the 'Universe Boss', West Indies were able to post a total of 324/4. Ramnaresh Sarwan also made a vital contribution as he scored 99 not out.

In reply, VVS Laxman made a fifty at #3 after the early loss of the openers, and number 4 Rahul Dravid scored an unbeaten 109 to achieve this mammoth total and spill water on all Windies' hopes after scoring such a high score.

With another masterclass by the 'King of run chases', India chased down a total of 323 with 47 balls and 8 wickets in hand! After being put in to bat first, Shimron Hetmeyer powered West Indies to 322/8 with a furious ton. Hetmeyer scored 106 runs in 78 balls, smacking 6 fours & 6 sixes.

In reply, current Indian captain and vice-captain, Rohit Sharma and Virat Kohli wreaked havoc on the Windies' bowlers. Rohit Sharma scored an unbeaten 152 off 117 balls with 15 fours and 8 sixes while opening the innings. Captain Virat Kohli, who came in to bat in the 3rd over itself, smashed 140 runs off 107 balls with 21 four and 2 sixes and was adjudged man of the match. India finished the match on 326 in 42.1 overs, with 8 wickets in hand.

India is currently hosting West Indies for a 3-match ODI series. In the 1st ODI played on February 6th (Sunday), India registered a 6-wicket win and took a 1-0 lead in the series. The second ODI is set to be played on 9th February followed by the final ODI on 11th February. The tour will conclude with 3-match T20 series starting February 16th.