A big inning goes a far way in helping a team win in the batter-dominated T20 format. Rajasthan Royals v Punjab Kings can be termed as the "El Classico" of the underdogs in the IPL. The 'El Classico' has seen some classic innings across the seasons. 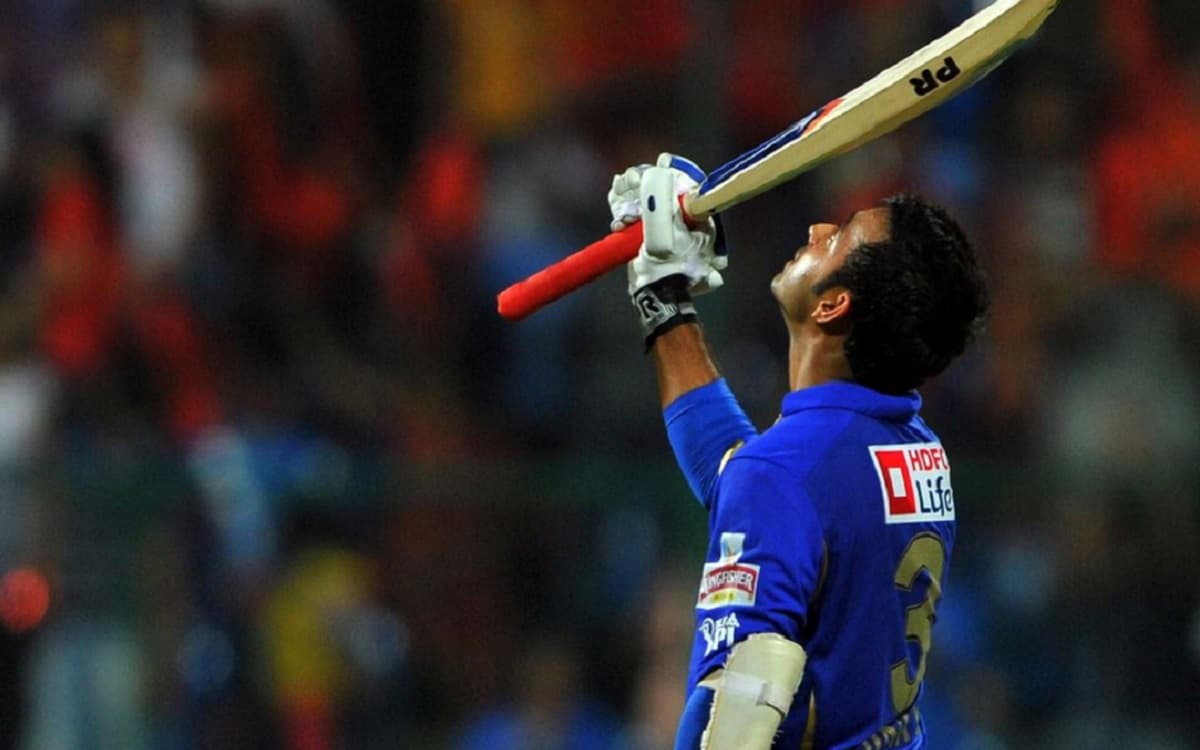 Here's a list of the top 5 highest individual scores in RR vs PBKS encounters.


'Disappointed' Babar Says, Pakistan Cricket Will Not Only Survive But Thrive As Well

In the 4th match of the IPL 2012, Punjab won the toss and invited Rajasthan to bat first. Ajinkya Rahane opened the innings with Rahul Dravid, and scored 98 runs off 66 balls, smashing 16 fours and 1 six. Rajasthan posted 191/4. In reply, Punjab could only score 160/9 in their allotted overs and RR won the match by 31 runs.

#3. Mayank Agarwal - 106(50)
The 9th match of the IPL 2020 saw another high-scoring thriller between these two teams. Rajasthan Royals won the toss & elected to field first. Mayank Agarwal scored 106 runs in 50 balls while opening the innings. Along with KL Rahul (68), the duo built a partnership of 183 runs from 100 balls. Mayank Agarwal smashed 10 fours & 7 sixes in this mammoth innings.
However, Rajasthan Royals with the help of Steven Smith (50 from 27 balls), Samson (84 from 42 balls), and Rahul Tewatia (53 from 31) made an easy task of the target and finished the game in 19.3 overs. Tewatia smashed 5 sixes in the 18th over against Cottrell to take Rajasthan to a comfortable position to win.

The 57th match of the inaugural season of the IPL saw yet another high-scoring game between these two sides. Punjab Kings were put in top bat first by the Rajasthan Royals. Shaun Marsh opened the innings and scored 115 off 69 balls to set a target of 222 in front of the Royals. Marsh smashed 11 fours & 7 sixes in his innings. Shaun Marsh had also won the Orange Cap in the opening season.
Rajasthan Royals scored 180/7 in 20 overs and ended up losing the match by 42 runs as the total proved to be a bit too much for the Royals.

The encounter between these two teams in the first leg of the 2021 season was yet another high-scoring thriller in this classic Punjab vs Rajasthan rivalry. Rajasthan Royals won the toss and elected to field first. Punjab with the help of KL Rahul's 91 off 50 balls was able to post 221/6 in 20 overs.
In reply, RR Captain Sanju Samson scored 119 runs from 63 balls. Samson smashed 12 fours & 7 sixes to decrease the gap between the two teams. But in the end, they ended up losing the match by a mere 4 run margin.