He Must Be Very Disappointed To Not Have Donned The Blue For India: Pollard On Suryakumar

Mumbai Indians(MI) captain Kieron Pollard encouraged Suryakumar Yadav to stay consistent after the latter's unbeaten 79 off 43 balls led them to a five-wicket win over Royal Challengers Bangalore(RCB) in the IPL 2020 on Wednesday. 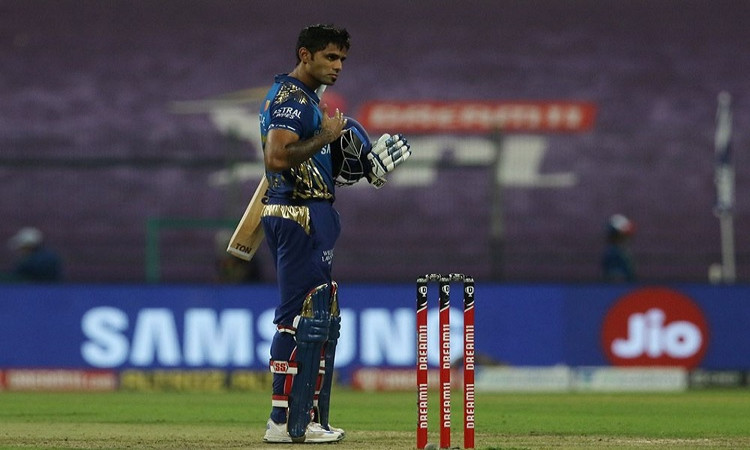 Suryakumar came in when MI had lost the in-form Quinton de Kock in the sixth over but took the game by storm. He hit 10 fours and three sixes in his innings. The innings comes to a couple of days after he missed out on a place within the Indian squad that will tour Australia starting from November.

"Imagine someone batting at that strike rate after two early wickets. Deep down inside he must be very very disappointed to not have donned the blue for India. He just keeps getting better. Again as an individual if you keep staying consistent, you will be rewarded. Nothing happens before its time," said Pollard in the post-match presentation ceremony in which Suryakumar won the Player of the Match award.

Pollard triggered RCB's collapse 131/3 to 139/6 between the 16th and 18th overs with the wicket of AB de Villiers, who looked set for a trademark swashbuckling inning. "I am big on match-ups in a way," said Pollard.

"I also watch a lot of cricket. I took a punt and bowled at AB. I could have waited for the last over but if someone has to go for runs I thought I'd take it."

de Villiers' wicket was followed by a double-wicket maiden from Jasprit Bumrah that put the breaks on the RCB innings. "Bumrah continues to keep standing up throughout the tournament. But again we have been playing total team cricket. Somebody is always there to pick up the slack," said Pollard.