Have to be multi-dimensional to be world best, says Kohli 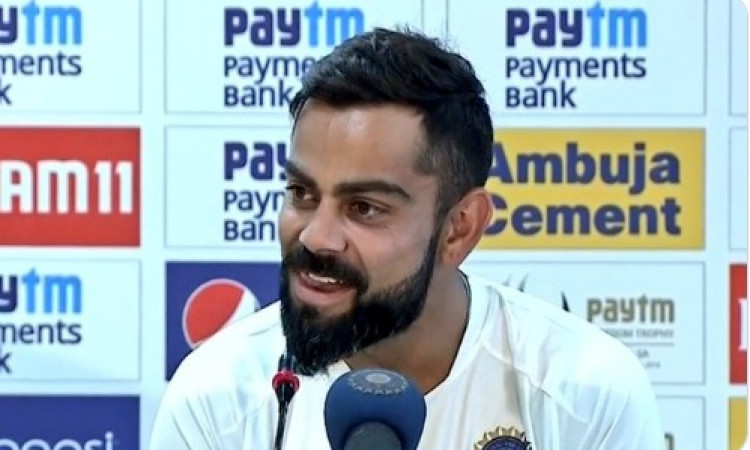 Ranchi, Oct 22 Following India's comprehensive victory over India in the three-Test series over South Africa, skipper Virat Kohli reiterated the importance of being multi-dimensional and being ready for the challenges at all times.

On Tuesday, India won the third and final Test by an innings and 202 runs at the JSCA Stadium to complete their first-ever series whitewash over the Proteas.

"You guys have seen how we are playing. Making things happen on pitches that don't seem to offer too much, is something we are very proud of. Even when we travelled away from home, we wanted to compete," Kohli said at the post-match presentation.

"Getting into the right kind of mindset is something these guys have worked really hard to get into. Looking at the way these guys run into bowl, or even in the field, you can see that mindset. To be the best side in the world, you have to be multi-dimensional," he added.

In the series, Indian bowlers, especially the pacers dominated the proceedings on pitches that didn't have much to offer to them, a fact which Kohli said he was really proud of.

"Spin was always our strength; batting was never a problem for us. Ishant (Sharma) was the only experienced bowler for us. We said we can play an extra bowler, and as batsmen we said we'll get the job done. We've got runs in every Test match, our catching has been good too," Kohli said.

Speaking about the goals which the team has set for itself, the Indian skipper said, "As I said, even without much experience, we travelled very well. We believe we can win anywhere. As long as we keep working with honest intent, those things will follow."

"We have wanted to be the best team in Test cricket, and as long as we compete, things will work out well for us," he added.

With the series win, India have consolidated their lead in the ongoing World Test Championships. They are currently placed at the top the table with 240 points following five wins on the trot (two against West Indies and three against South Africa). They are now scheduled to play Bangladesh in three-T20I and two-Test series beginning November 3.