Left-arm pacer Harry Gurney has signed a new one-year contract with England county cricket club Nottinghamshire. The 34-year-old's new white-ball deal will see him spend his tenth summer at Trent Bridge, having won three trophies since his arrival in 2012. 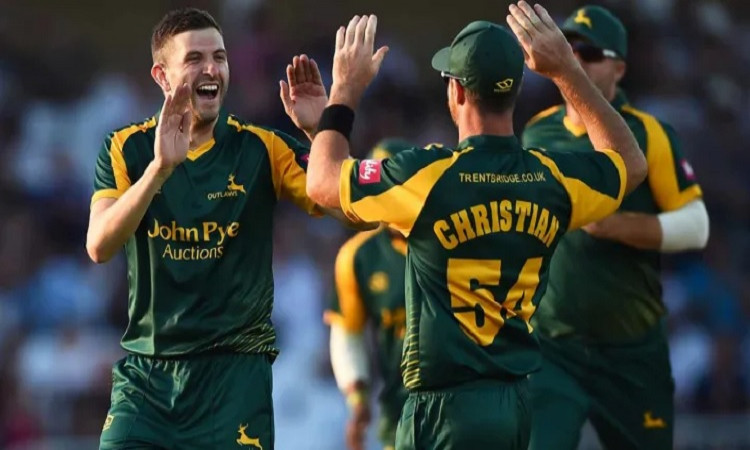 Gurney had missed Nottinghamshire's victorious T20 Blast campaign this year due to injury.

"I was glued to the TV as the boys got over the line at Edgbaston - for me, they were clearly the best team in the competition. It was quite inspiring to watch them go about their business - and, if anything, it made me hungrier to come back and try to win it with them next year," he said in an official statement.

"2020 has ended up being a bit of an enforced sabbatical for me, but I feel rested, refreshed, and ready to power through the next phase of my rehab to get ready for 2021," he added.

Gurney has made 237 all-format appearances for Notts, taking 468 wickets. His eight global white-ball titles include the One-Day Cup and T20 Blast with Notts in 2017, alongside the Yorkshire Bank 40 crown back in 2013.

He sits second in the list of Notts' all-time leading T20 wicket-takers, with 115 scalps to his name.