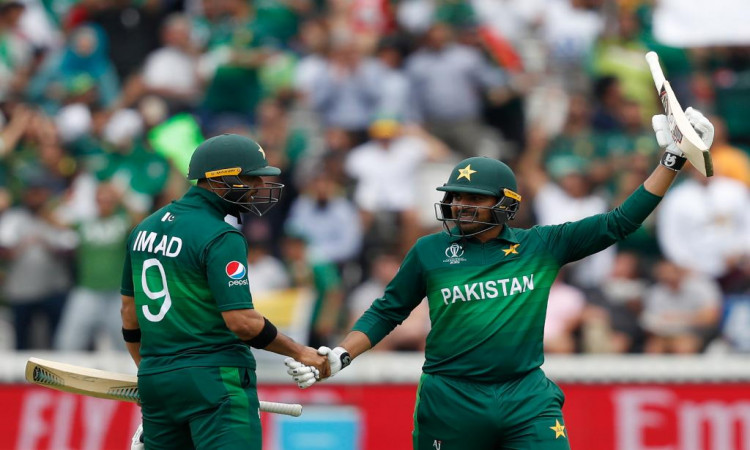 Pakistan won the toss and chose to bat first. Openers Fakhar Zaman and Imam-ul-Haq put up an opening stand of 81 and it was the introduction of Imran Tahir made the difference for South Africa. The veteran spinner first dismissed Fakhar in the 15th over and later, he got Imam thanks to a stunning one-handed catch off his own bowling.

Imran bowled that delivery full and outside off and Imam came down the wicket for the drive. He connected but Tahir dove to his right to hold on to the ball before going on his trademark glory sprint to celebrate the wicket.

However, that period turned out to be temporary respite for the South Africans as Babar Azam and Haris Sohail restored Pakistan's supremacy in the innings. Babar scored 69 off 80 balls and shared partnerships worth 45 and 81 runs with Mohammad Hafeez and Haris.

Babar fell to Andile Phehlukwayo when he could not get enough on an attempted shot over cover and ended up being caught by Ngidi. Sohail then went about plundering the South African attack and ensured that Pakistan crossed the 300-run mark.