Hardik Pandya to join team in NZ, KL Rahul to be with India A

New Delhi, Jan 25 (CRICKETNMORE): All-rounder Hardik Pandya and opener Lokesh Rahul, whose bans were lifted on Thursday, have been included in the squad for the series against New Zealand and India A respectively.

"Following the CoA's decision to lift the bans on Hardik Pandya and KL Rahul, the Senior selection committee has decided to include Hardik Pandya in the squad for the series against New Zealand. KL Rahul will meanwhile join the India A squad that is playing 5 one-day games against England Lions in Thiruvananthapuram," the Board of Control for Cricket in India (BCCI) said in a statement. 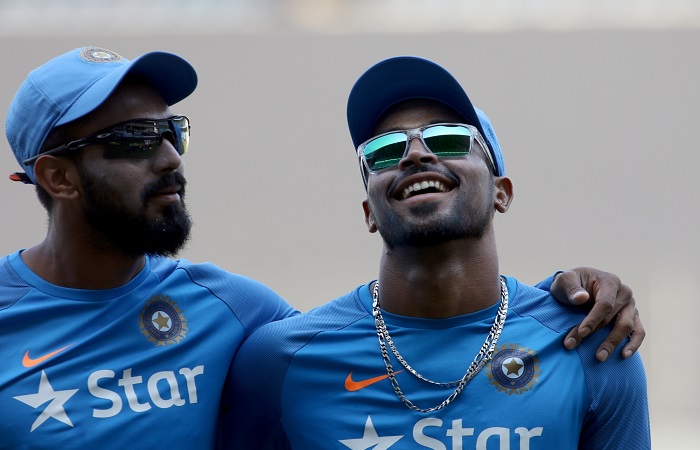 "Hardik Pandya will be sent to New Zealand to join the team at the earliest and KL Rahul will join the India A squad to play the last 3 one-day games against England Lions," it read.

India are 1-0 up in the five-match ODI series and the second rubber is on Saturday.