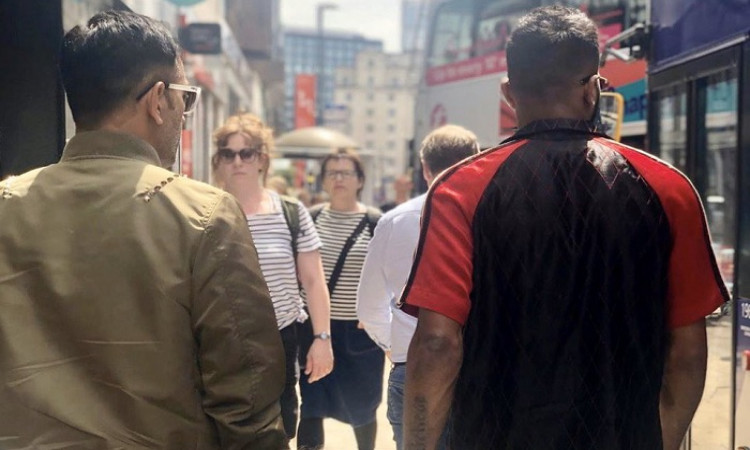 Mumbai, Nov 2: India all-rounder Hardik Pandya, who last month underwent a successful surgery to treat his lower back issue which ruled him out of cricket for an indefinite period, is probably missing his teammates and the quality time he spent with them. Th Mumbai cricketer on Saturday took to photo and video-sharing social networking website Instagram where he posted a picture of himself with former India skipper M.S. Dhoni and his daughter Ziva.

Sharing a throwback picture, Hardik captioned it: "Miss this little one (and the big guy too)."

Earlier, Hardik was seen enjoying a pool session with Ziva and Dhoni at the stumper's residence in his hometown Ranchi.

The right-handed all-rounder was checked by the doctor who treated him during India's tour of England in 2018 and the 2019 World Cup.

Meanwhile in October, Pandya had posted an image on Instagram after his surgery in London and captioned it: "Surgery done successfully. Extremely grateful to everyone for your wishes. Will be back in no time! Till then miss me."

On the other hand, questions around former India skipper M.S. Dhoni refuse to die down while nobody is sure if he will don the gloves again for the national team. Former India skipper Dhoni, 38, has been away from international cricket since India's exit from the World Cup after losing the semi-final clash against New Zealand.

Miss this little one (and the big guy too) pic.twitter.com/Fsl8s0m68L