With Ireland needing 17 runs off the final over against India to chase down 226, young speedster Umran Malik was handed the responsibility to get the visitors over the finish line. 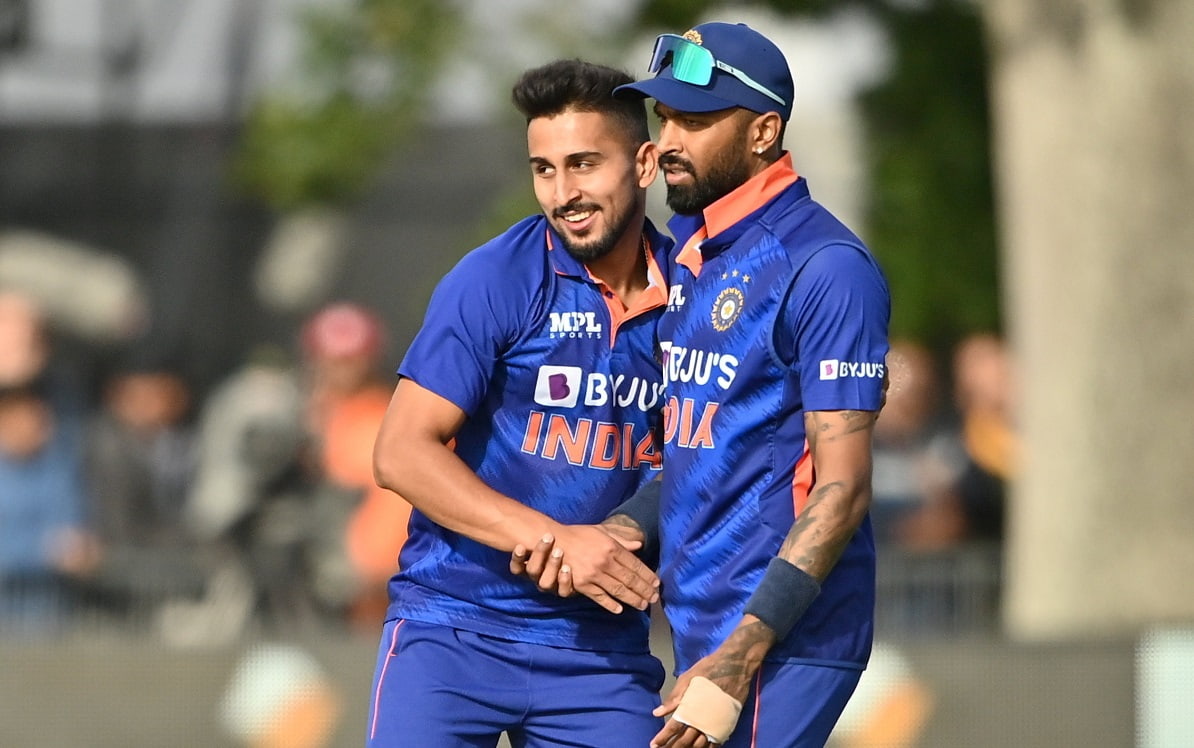 With Ireland needing 17 runs off the final over against India to chase down 226, young speedster Umran Malik was handed the responsibility to get the visitors over the finish line. Despite conceding a no ball and two back-to-back boundaries, Malik held his nerve by conceding two singles and a bye to give India a narrow four-run victory and win the series 2-0.

"Not worried to be honest (about the final over). Wanted to keep pressure out of my equation, wanted to be in the present. I backed Umran since he has pace. With his pace, its difficult for people to hit. I think we've come to play a game of cricket, so Ireland were going to show us what they have. Credit to them, they played amazing shots. At the same point of time, credit to our bowlers to cross the line," said captain Hardik Pandya after the match on giving Malik final over.

Apart from Malik, who had figures of 1/42 in the second T20I, all-rounder Deepak Hooda did well in the two-match series, making 47 not out and a stunning 104 in both matches at the top-order. "Proud (on performances of new faces). As a child, it is everyone's dream to play for the country. At the same point of time, leading and getting first victory and now first series win is special. Also happy for Hooda as well, the way he batted. And Umran (as well).

"The crowd was amazing. Their favourites boys were Dinesh (Karthik) and Sanju (Samson), great to see them enjoy them. Good for us to experience cricket in this part of the world too. Grateful to the fans," added Pandya.

Malik holding his nerve in the final over against Ireland got praise from death-overs specialist pacer Harshal Patel. "(He) held his nerve, the way the game was going the momentum was with the batting unit. The way he finished was exceptional. We were comfortable with 225, and most times you defend it."

Patel, who had figures of 1/54 in the second T20I, admitted that India were surprised by Ireland coming out all guns blazing before falling short by a boundary for an upset win.

"They played good shots, wicket was a belter, outfield was fast, we made a few mistakes and they got close. But we held our nerves and finished the game. Exceptional shots (by the Ireland batters). We were sort of surprised the way they batted today. There's no doubt about the quality of Irish batters, it was on show during the match."