Hardik Pandya Looking Exactly How Rohit Sharma Was When He Was Given MI Captaincy: Sunil Gavaskar

Hardik Pandya's Gujarat Titans are first in the IPL 2022 Points table so far. 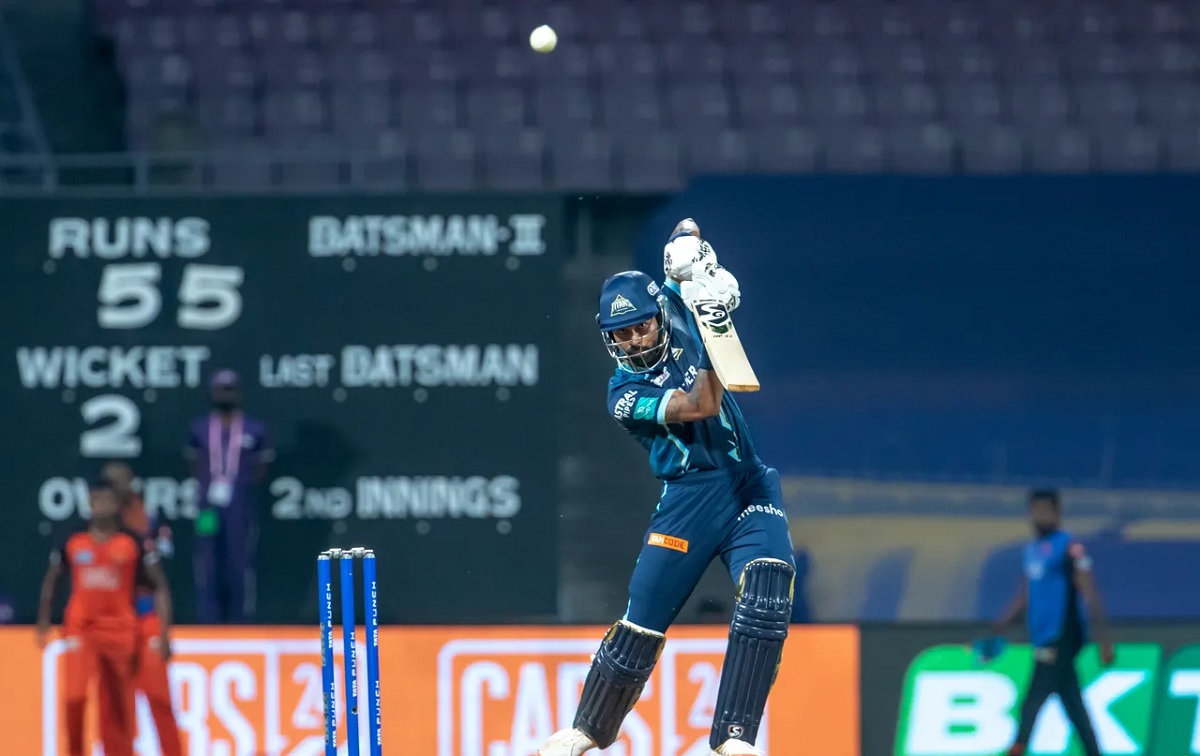 Former India captain Sunil Gavaskar has pointed out that the leadership responsibility is doing the same thing to Gujarat Titans captain Hardik Pandya as it did to Rohit Sharma back in 2013 when he was made Mumbai Indians skipper.

The captaincy responsibility transformed Sharma into a five-time IPL-winning leader and now Gavaskar feels that same script is panning out for Pandya.

In IPL 2022, Gujarat Titans have been a force to reckon with, winning seven out of eight matches to be on top of the points table with 14 points. For a team that looked a little shaky post the mega auction and star England opener Jason Roy pulling out due to bio-bubble fatigue, it has been a stunning run for the IPL debutants.

Leading Gujarat's stunning show has been Pandya, who has made 305 runs with the bat in seven innings, averaging 61 while batting at three and four. He has also picked four wickets at an economy rate of 7.56 and has marshalled Gujarat into clicking as a cohesive unit.

"What I see with Hardik is exactly what happened to Rohit Sharma when he first got the captaincy of Mumbai Indians midway through the season (in IPL 2013). Suddenly (we saw) Rohit Sharma from playing those lovely cameos of 40s, 50s, and 60s now staying right till the end and taking responsibility. His shot selections became much better (with his captaincy)," said Gavaskar on Cricket Live show on Star Sports.

"Similarly, you can see that happening with Hardik, his shot selection is absolutely terrific. Of course, he's an outstanding fielder, and (that was the case with) Rohit Sharma, he was a brilliant fielder in the covers and close-in as well (in those days). So Pandya is showing those qualities too and that's why Gujarat Titans are doing so well," added Gavaskar.

Agreeing with Gavaskar, leg-spinner Piyush Chawla has lauded Pandya for batting with a new-found maturity in the top-order for Gujarat. "The way Hardik has batted is commendable and he is taking a lot of responsibility. Earlier he used to bat at number 5 and 6 but now he's batting at number 3 and 4 and so it's good to see him do well.

"He's looking in control, there are no signs of panic. He's looking to bat deep, he knows that if he stays till the end then he can recover his strike rate if at all there is a dip in the middle stages. He's looking very mature as a batter."

Former India cricketer Mohammad Kaif felt it would be unfair to call Pandya a slogger due to the Baroda all-rounder showing sound batting technique in IPL 2022 and possessing all the shots in his armory.

"He's not a slogger at all. He has a strong base and a good batting technique. He plays brilliant cover drives and pull shots. He's equally good against the spinners and plays grounded at ease and hits all around the ground. These are signs of a good batter, not a slogger, his basics are clear."