Hardik Pandya, KL Rahul to depose before Jain around April 10 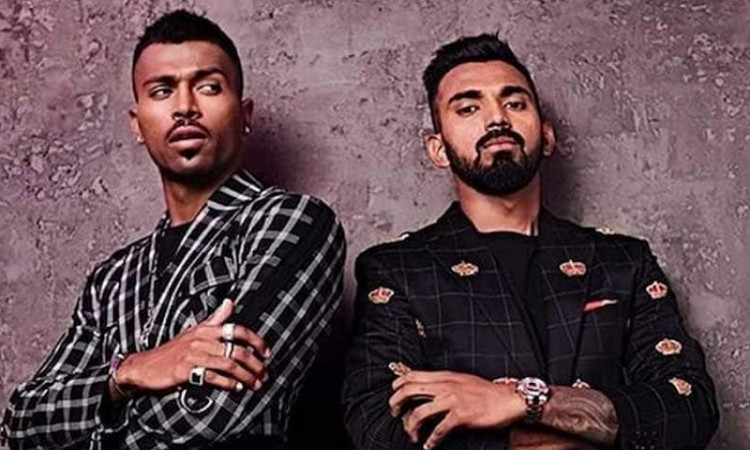 New Delhi, April 1 (CRICKETNMORE):  With the Board of Control for Cricket in India (BCCI) ombudsman D.K. Jain sending out notices to India all-rounder Hardik Pandya and opening batsman KL Rahul to depose before him as an enquiry is pending after they appeared in a TV chat show, the duo will meet Jain around the Mumbai Indians (MI) and Kings XI Punjab (KXIP) Indian Premier League (IPL) match at the Wankhede Stadium in Mumbai on April 10.

Speaking to IANS, a senior BCCI executive said that the ombudsman would meet the two cricketers separately and then take things forward from there.

"Jain will come down to Mumbai during the MI-KXIP game and he will also meet the two cricketers separately and take into account what they have to say. After that, he will submit his report after taking all sides into consideration," the executive said.

Pandya and Rahul came under fire for certain comments they made during the television chat show "Koffee with Karan" in January. They were suspended for an indefinite period for their comments, but the Supreme Court-appointed Committee of Administrators (CoA) later removed the ban after discussing the matter with Amicus Curiae, P.S. Narasimha.

Jain on his part said: "I have issued notices last week to Hardik Pandya and K.L. Rahul asking them to appear for deposition. As per the principles of natural justice, I need to hear their side. It's up to them now to decide when they want to appear."

Revoking the suspension, the CoA had issued a statement which read: "The Committee of Administrators had, by emails dated 11.01.2019, and in exercise of Rule 41(6) of the Constitution of BCCI, suspended Mr. Hardik Pandya and Mr. K.L. Rahul in view of the allegations of misconduct against them, pending adjudication of the allegations under Rule 46 of the approved BCCI Constitution.

"Since the adjudication of all allegations of misconduct against any cricketer registered with, inter alia, the BCCI is required to be undertaken by the BCCI Ombudsman, whose appointment is pending directions of the Hon'ble Supreme Court of India, the CoA is the of the view that the interim suspension orders dated 11.01.2019 should be presently lifted with immediate effect.

"The above matter and decision has been taken with the concurrence of the Learned Amicus Curiae, Mr. P.S. Narasimha. In view of the above, the suspension orders dated 11.01.2019 is immediately lifted pending appointment and adjudication of the allegations by the BCCI Ombudsman."