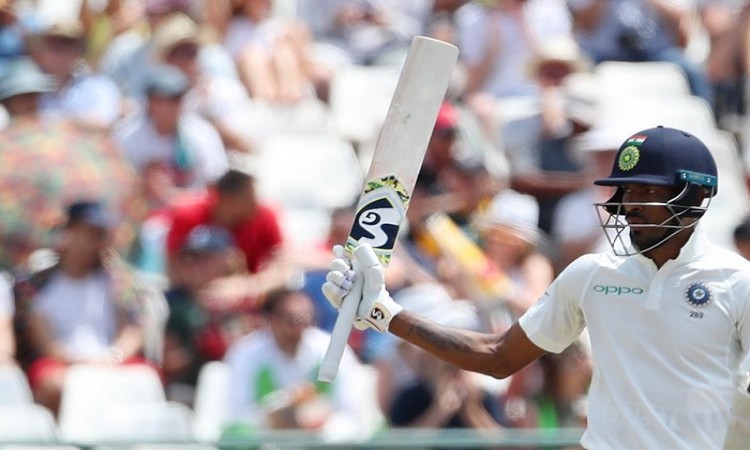 Cape Town, Jan 6 (Cricketnmore) Batsman Hardik Pandya played a fighting knock to help India post 185/7 against South Africa at tea on the second day of the first Test at the Newlands here on Saturday.

Pandya (81 batting) who notched up his second Test half-century was at the crease along with right-handed Bhuvneshwar Kumar (24 batting) when umpires called an end to the second session.

The duo who forged a 93-run unbeaten stand for the eighth wicket to help the visitors cut down the first innings deficit imposed by South Africa to 101 runs.

For the hosts, pacers Veron Philander (3/33) and Dale Steyn (2/51) picked up three wickets in unison in the second session.