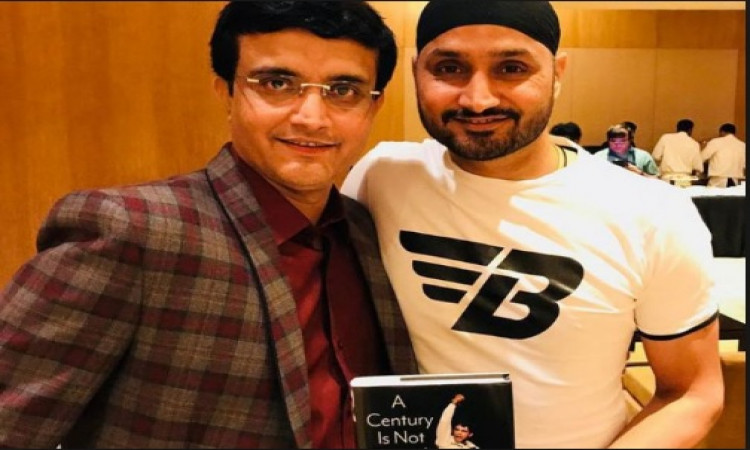 July 9 (CRICKETNMORE) Former Indian skipper Sourav Ganguly on Monday turned 47 and social media websites were flooded with birthday wishes for the 'Bengal Tiger'. But one of the best tributes came from former teammate Harbhajan Singh. The spinner said that it was due to Ganguly that India learnt to win abroad.

Taking to Twitter, Harbhjan wrote: "Happy birthday TIGER My big brother @SGanguly99 The man who taught us how to win overseas..what a Legend.. Jeo dada jeo.. love u always (sic)."

The left-handed batsman shared great camaraderie with Sachin Tendulkar and both went onto put together 6,609 runs in 136 matches, which included 21 century partnerships and 23 fifty-run partnerships.

Ganguly, during his captaincy, ended Australia's famous winning run of 16 back-to-back Test matches in 2001 by winning the bilateral series 2-1 at home. And it was under Ganguly's leadership when India went on to feature in the World Cup Cup final for the second time in the 2003 quadrennial event where they lost to Australia.