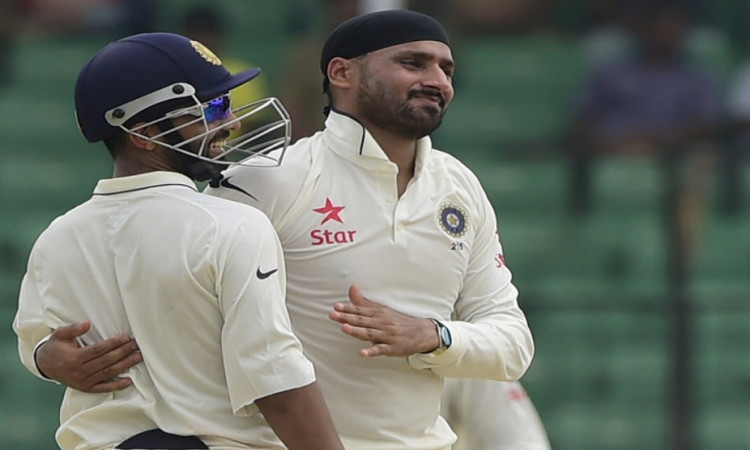 Sep 8 (CRICKETNMORE) Veteran off-spinner Harbhajan Singh has put his weight behind Akshay Wakhare to get a call-up for the India Test squad after his brilliant performance in the Duleep Trophy final.

Wakhare picked up a five-wicket haul to hand India Red the Duleep Trophy title as they defeated India Green by an innings and 38 runs in the final on Saturday.

Also Read: Dwayne Bravo ruled out of CPL 2019 due to injury

Praising the fellow offie, Harbhajan said in a tweet: "Akshay Wakhare consistent performer with the ball from last couple of years in 1st class cricket back to back Ranji trophy champion last two years. Great spell yesterday 5 for 13 against India Green.

"Winning another championship for his team. Way to go. Indian test squad calling."

In 75 first class matches, Wakhare, 33, has 263 wickets. On the final day of the match, India Red bowled out India Green for a mere 119 runs inside 40 overs at the Chinnaswamy Stadium in Bengaluru. Only Siddhesh Lad and Akshath Reddy could manage to stay at the crease for a while as none of the India Green batters were able to cope with the pressure created by Wakhare and Avesh Khan. The duo finished with figures of 5/13 and 3/38, respectively.