Happy to bat at any number: Dhoni 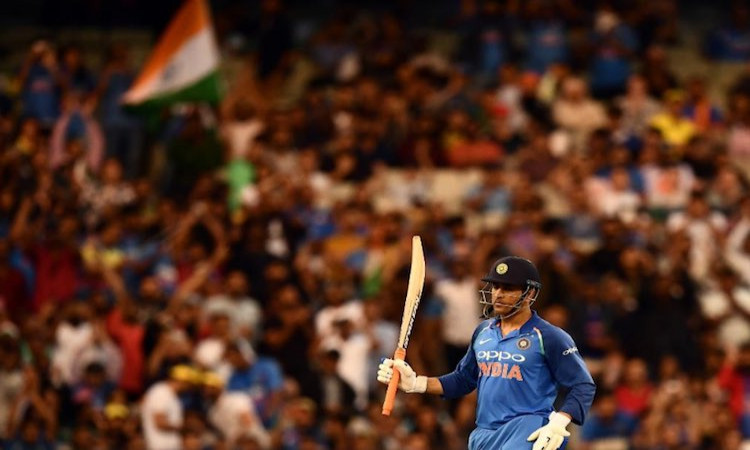 Melbourne, Jan 18 - With just a handful of ODIs to be played ahead of the ICC Cricket World Cup, the No.4 slot in the Indian batting order is still up for grabs and with former skipper Mahendra Singh Dhoni staking a strong claim with a hat-trick of half-centuries against Australia, it will be interesting to see if the team management persists with him in the quadrennial event.

Ask Dhoni, who was on Friday promoted to the No. 4 spot and ended up belting a 114-ball unbeaten 87 to guide India to a maiden 2-1 ODI series win against the Kangaroos in their own backyard, the 37-year-old is "happy to bat at any number".

"It is not about where you want to bat; I am happy to bat at any number and after playing for 14 years I can't say that I don't want to bat at number six and want to bat at four," said Dhoni, who was adjudged the Man-of-the-Series.

Dhoni's selfless approach was echoed by none other that his successor Virat Kohli, who said "nobody is more committed to Indian cricket than Dhoni."

Kohli also heaped praises on middle-order batsman Kedar Jadhav, who despite being benched for the opening two ODIs, grabbed the opportunity with both hands in the final ODI, as the right-hander scored an unbeaten 61 and more importantly forged an 121-run unbeaten stand with Dhoni to see India home by 7 wickets.

"It wasn't a great wicket to bat on, so we had to take it deep, but they were professional in getting the job done. We were a bit nervous but two set batsmen in knew exactly what they wanted to do. Kedar with bat and ball is always handy. We have been here for a long time," he said.

Dhoni also praised Jadhav's efforts saying: "Kedar did a great job in playing unorthodox shots and it is important to hit boundaries."

Similarly, man-of-the-match Yuzvendra Chahal also made the most of the opportunity, returning 6/42 to restrict the hapless Aussies for a meagre 230 at the MCG.

Commenting on the leg-spinner's effort, Kohli said: We wanted to get in a good combination. We wanted to give Kuldeep (Yadav) a rest and we don't want to be too predictable as well. Chahal came in and bowled beautifully. 6/42 was magnificent."

"It's been an amazing tour for us. We drew the T20 series, won the Test and the ODI series. If someone gave me these results before the tour I would have taken it with both hands."

"I am really grateful and proud of the side. It was a collective effort. We are feeling confident and balanced as a side with the World Cup in mind. Few games against New Zealand and few more back home to strengthen the areas that we need to work on as a team," Kohli added.