Cheteshwar Pujara on Monday turned 33 and his teammates, including Virat Kohli and Ravichandran Ashwin, led the pouring in of wishes for India's Test batting mainstay. 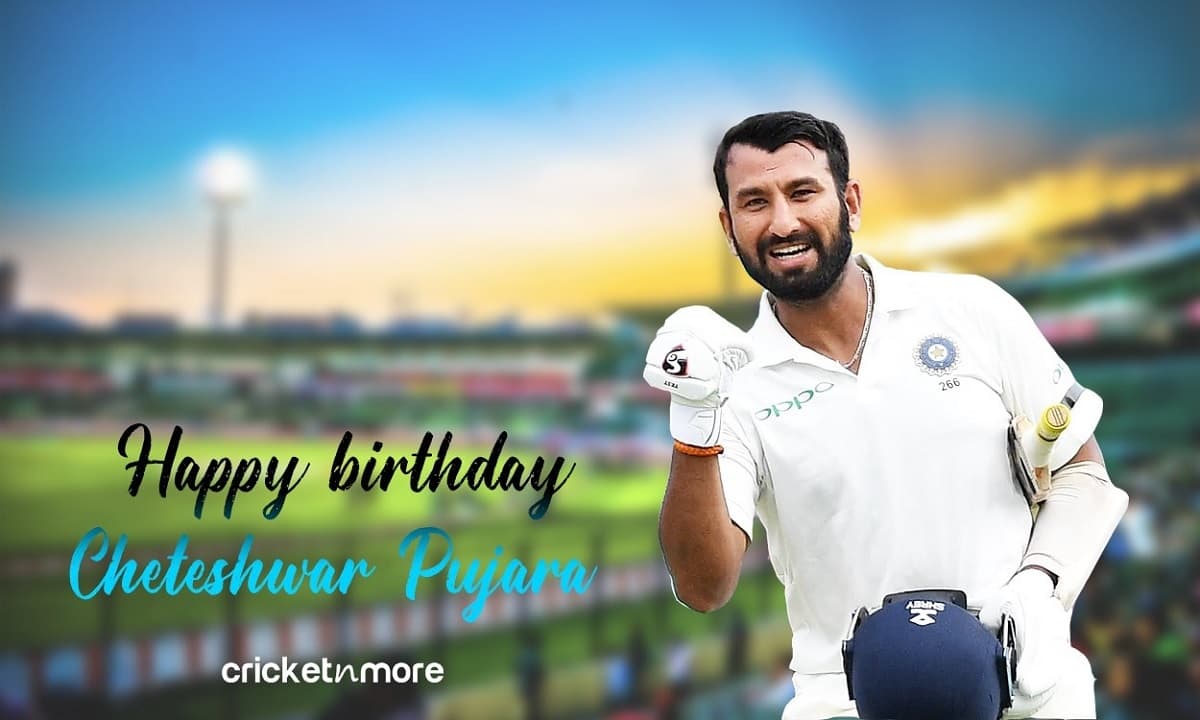 During the recently concluded Border-Gavaskar Trophy in Australia, Pujara faced a total of 928 balls -- the fifth-most by a visiting batsman in Australia in four or fewer Tests.

He scored 271 runs at a strike rate of 33.88, with the help of 29 fours and played a key role in India's remarkable Test series victory, which included a historic win at the Gabba in Brisbane. As India chased down 328 in the final innings, Pujara endured as amany as 11 blows but put up a "great wall" against the Aussie onslaught.

"Happy birthday pujji. Wish you good health, happiness and more hours at the crease. Have a great year ahead," tweeted India skipper Kohli.

Happy birthday pujji @cheteshwar1. Wish you good health, happiness and more hours at the crease . Have a great year ahead.

"He makes playing hours of cricket look easy and is one of the strongest guys I know. Happy birthday Puji," said Ajinkya Rahane, who led India to their second Test series win in Australia, in an Instagram story.

Let's relive one of his fine tons against Sri Lanka