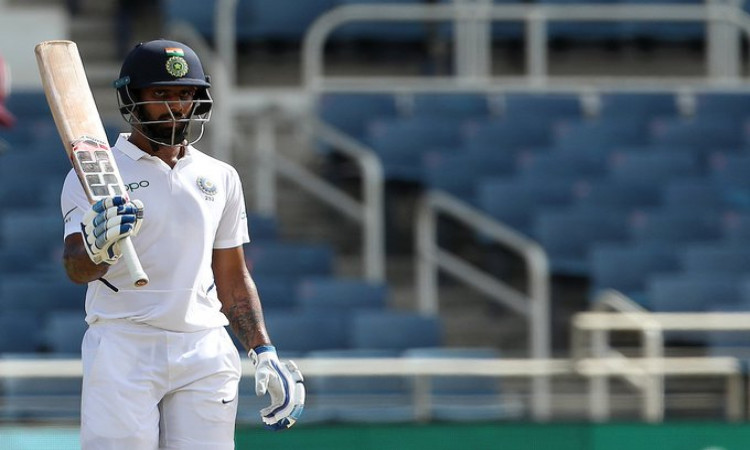 Kingston (Jamaica), Sep 2: Hanuma Vihari's half century in the second innings of the first Test after a hundred in the first innings, helped him become the first Indian batsman since Sachin Tendulkar in 1990 to score a century and a fifty in the same Test while batting at No. 6 or lower.

Vihari remained 53 not out in the second essay as India set an improbable 468-run target for the West Indies and inched closer to a series win on Day Three of the second and final Test at the Sabina Park on Sunday.

First innings centurion Vihari and in-form Ajinkya Rahane (64*) stitched together a 111-run partnership for the fifth wicket to take India out of shambles and declare at 168/4, allowing the bowlers to have a short go of 13 overs at the West Indies batters before the end of the day's play.

In the process, Vihari became only the 5th Indian batsman overall to achieve the feat besides being the first since cricket legend Tendulkar to do it while batting at No. 6.

Polly Umrigar was the first batsman to hit a hundred and a fifty in the same Test against West Indies in 1962. Tendulkar batted at No. 6 against England and scored 68 and 119 not out in Manchester.