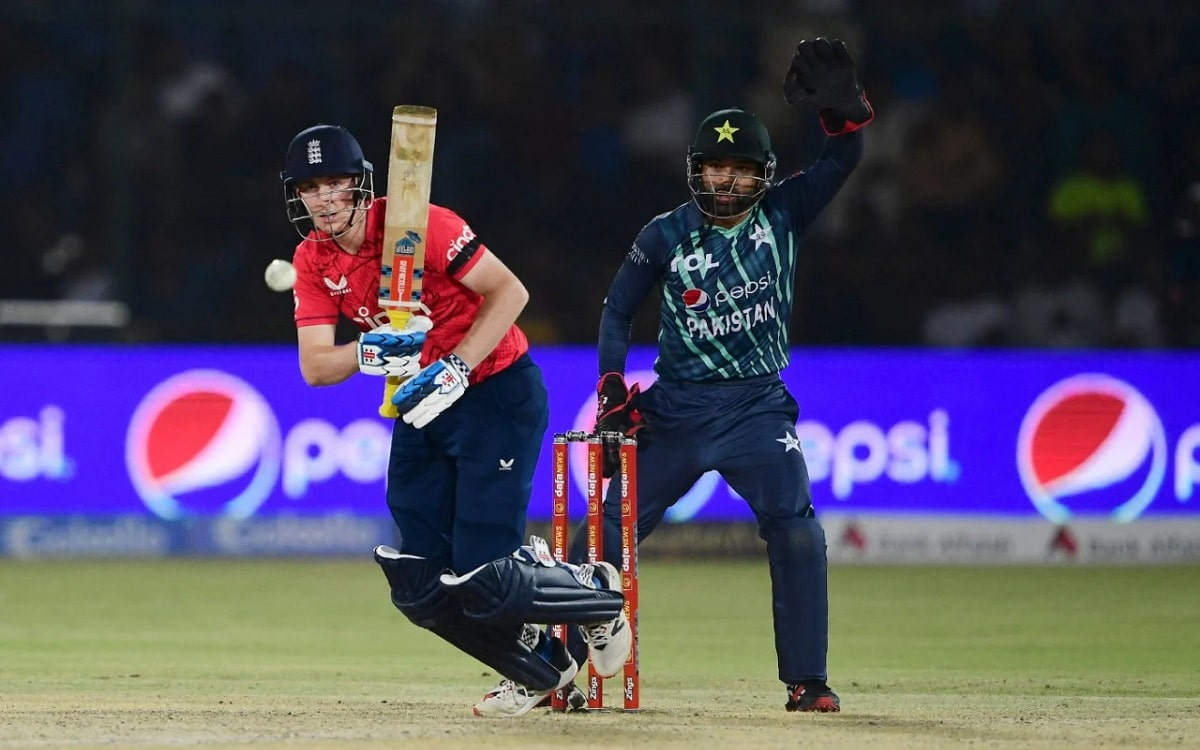 PAK vs ENG 1st T20I: Alex Hales made an impressive comeback to the English with his half-century while young Harry Brook played an explosive knock as England scored 160/4 in 19.2 overs, defeating Pakistan by 6 wickets in the 1st T20I.

While chasing 159, England lost opener Philip Salt (10) in the 3rd over, by Shahnawaz Dahani. However, making a comeback to the English side after 3 years, Alex Hales made full use of the opportunity as he smacked 53 runs off 40 balls with 7 fours.

Dawid Malan (20) and Ben Duckett (21) made small contributions and both were dismissed by Usman Qadir. Harry Brook, batting at #5, smacked an unbeaten 42 runs off 25 balls with 7 fours, taking England to a win and putting them 1-0 up in the 7-match T20I series. For Pakistan, Usman Qadir picked up 2 wickets while Shahnawaz Dahani & Haris Rauf managed 1 wicket each.

In the first innings, After yet another fifty by the consistent man Mohammad Rizwan, Pakistan's middle order exposed itself, halting to 158/7 in 20 overs in the 1st T20I against England.

After being put in to bat first, Pakistan were off to a blazing start, scoring at a run rate of around 10.00 in the powerplay. Openers Mohammad Rizwan and Babar Azam added 85 runs for the first wicket in 9.3 overs, before Azam was dismissed by opposition skipper Moeen Ali after scoring 31 runs.

Mohammad Rizwan went on to score 68 runs off 46 balls, smacking 6 fours & 2 sixes. However, the Pakistan middle order were yet again exposed as none of the batters managed to score big and Pakistan were halted to a lower total. Iftikhar Ahmed smacked 3 sixes at the end to boost the total a bit with his 16-ball-28 run knock before getting dismissed in the last over.

For England, Luke Wood picked up 3 wickets while Adil Rashid grabbed 2 wickets each. Sam Curran and Moeen Ali managed 1 wicket each to their name.

Earlier, England captain Moeen Ali won the toss & opted to bowl first against Pakistan in the 1st T20I. This match was played at National Stadium, Karachi.