London, Aug 2:  Veteran England pacer Stuart Broad has said he did think about calling it a day after being axed for last month's opening Test against West Indies. 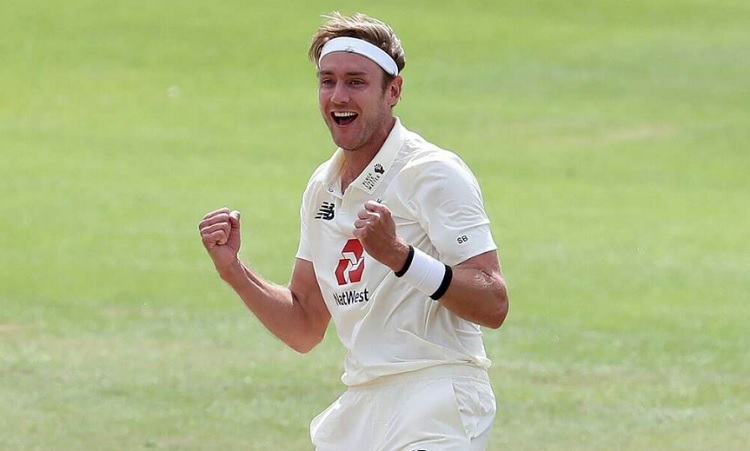 Broad finished the third Test between England and West Indies with a match haul of 10 for 67 during which he touched the milestone of 500 Test wickets.

Broad is just the seventh bowler -- and second Englishman after James Anderson -- to go past 500 Test wickets. He is also one among four fast-bowlers to achieve this impressive feat.

"Were there thoughts of retirement going round my head? 100%. Because I was so down," Broad told Daily Mail on Sunday.

"I was expecting to play, which is always a bit of a dangerous thing in sport but I felt I deserved to play.

"When Stokesy [Ben Stokes] told me I wasn't playing, I felt my body go into shakes. I could barely speak."

He added: "I have not really told anyone this but I was so down that week of the first Test, I was really low. I was stuck in that hotel. I couldn't go anywhere. It wasn't like I could go back to [girlfriend] Mollie and have a barbeque and chill out and reassess.

"I didn't sleep for two days. I was nowhere. A different decision could definitely have been made with my emotions of how I was feeling."

Broad, who is now targeting 600 Test wickets, also revealed that Stokes, who was captaining in England in the first Test in the absence of Joe Root, then played a key role.

"Stokesy knocked on my door on the Thursday night and stayed in the corridor to talk to me. He said: 'This isn't about cricket, but how are you, mate?' That was very impressive for him to do."