London, April 24:  The English pace duo of James Anderson and Stuart Broad are definitely not the youngest of the lot, but they have sights on the Ashes which will be played in Australia and both believe that is a series they can remain in shape for. 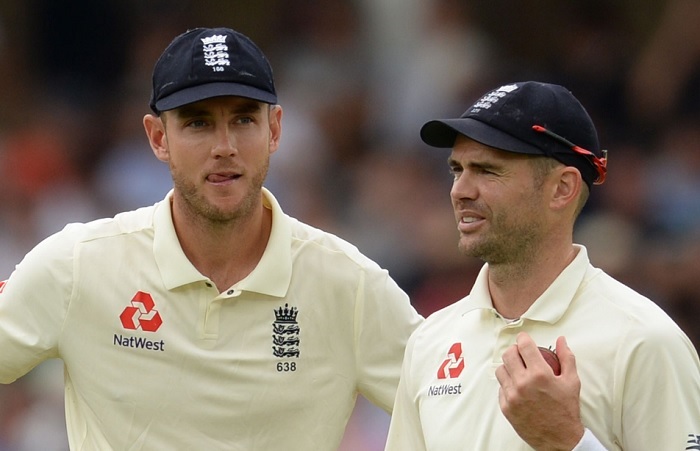 "I don't think I could go until your age," Broad told Anderson in an Instagram live chat. "Your action's so smooth, it looks a lot calmer on your body whereas mine is a little more forceful through my body I think.


Shane Watson explains why Ponting, Warne were his 'favourite captains'

"But I'm loving the environment at the minute. I love playing for England. I still have huge motivation to keep playing and you just assess that year by year. And we've got that carrot dangling over us of Australia in Australia which looks like an achievable carrot to grab."

Anderson said that fitness was his prime focus. "The big thing is standards. If your standards feel like they're dropping then yeah you might consider finishing," Anderson said.

"But as long as my standards stay high, my fitness levels stay good and my skills stay where I want them to be and my speed stays pretty good which they have been (I'll keep playing)."

Commenting on the batsman who troubled them most, both picked former South Africa skipper Graeme Smith.

"Graeme Smith, I found an absolute nightmare. I wish I could have bowled at him having worked on my around the wicket stuff and try and draw him to drive through extra cover. But for me just over the wicket trying to swing it into the stumps, hopeless," Broad said.

Anderson echoed the sentiments and said: "I had exactly the same problem. When I first started, my first series against him was 2003 and all I could do then was swing the ball back in. I didn't have an out-swinger to a left-hander and I couldn't wobble the ball across him. So I was just feeding his strength. I just go so annoyed."