Good to see players having courage to talk about mental health: Rahul Dravid

New Delhi, May 28:  Former India captain Rahul Dravid has praised modern-day players for coming out in open and talking about mental health. 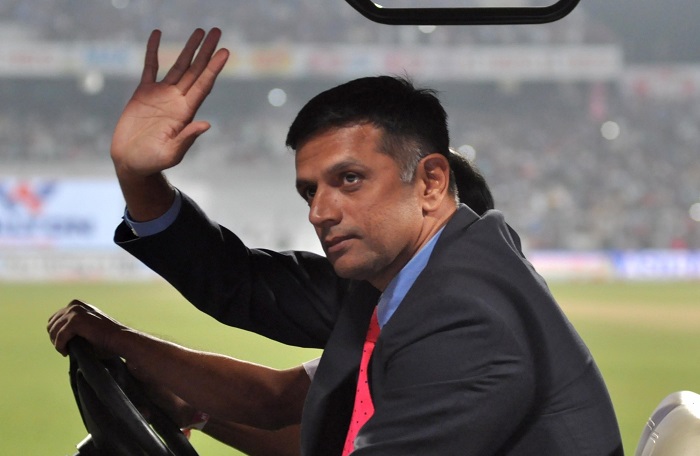 "Mental health has been an issue in sport and in cricket and it's been heartening to see the discussion around mental health over the past decade or so. It's good to see many players having the courage to talk about these issues," Dravid said while speaking in the first session of 'Mind, Body and Soul', a platform brought forward by The Royal Rajasthan Foundation, in association with NS Vahia Foundation & McLean Hospital (Harvard Medical School Affiliate).


COVID-19: 10-15 per cent of workforce to lose jobs at New Zealand Cricket

Stating an example from his life, Dravid narrated, "I think there were many periods in my career that were mentally challenging. Although for me I'd say that as a young cricketer, I made a debut at the age of 17, and it took me about five years of first-class cricket to make it to the Indian team."

"It was a really challenging period because you sort of have your entire life in front of you and you're committing to a very risky profession of being a cricketer. If you don't succeed professionally or don't play long enough for India at least at that point of time it wasn't a very lucrative way to make a living. You just had to be successful to make a decent living.

"At the same time you're at the university and are grappling with those decisions to play professional sport, which requires a lot of hard work and sacrifice to succeed, it's not easy.

"For me, that was mentally a very difficult period of making those decisions. I did go to university and complete my education and I think doing that and having something other than cricket to do at that point really helped," he added.

Talking about how the situation these days is much better where there are professionals available for sportspersons who they can approach freely, Dravid said, "Now we're seeing more focus on the mental wellbeing of players. Not related to whether they can bat well or bowl well but just for their mental wellbeing."

"The role of the sports psychologists is to mentally prepare you for better on-field performances. I think what we're seeing now is more interest around mental wellbeing of people, not necessarily on field but also off the field how it affects affects you as a person in life. That, in turn, helps you perform better on the field.

"At the NCA what we've tried to do, especially with our younger players is that we have sports psychologists around for the camp just to give the players an opportunity to connect with them.

"Exposing them to different things both on and off the field and for them to share thoughts with someone and take it forward if they want to. I think in a team environment it's better to do it on an individual basis than in front of a team, that in my opinion works better.

"I think it's different from motivational talk to a team, if you really want a player to better deal with situations, you need to provide that access to them on individual basis where they can have a one-on-one basis discussion and get better guidance."

During the session, Dr. Coyne stressed upon how mental disorder is a common phenomenon to occur and adolescence is largely where it starts.

"The WHO estimates that one in four individuals in the course of their lifetime will experience a meaningful mental health disorder. This is not a rare thing, something ubiquitous.

"For adults who experience mental health disorder, the vast majority of these begin in adolescence or young adulthood. So if you're in a position to identify struggling mental health conditions in young athletes, it's really important to intervene.

"There is so much stigma around mental health that it is important for athletes to speak out about their struggles for kids to learn. It is admirable what Dravid has done because he is an incredible role model and this will create a voice and make space for young athletes to address these issues.

"When we talk about mental health and support psychological wellbeing we talk about emotional agility. What that is doing something you're really passionate about, and really care about and want to excel at and love even when you're feeling depressed or are in anxiety or stress. Doing that is going to lead something really good for everyone," said Coyne.

Talking about the present situation where everyone's life seems to have paused with the pandemic, Dr. Vahia said the meaning of the old greeting has changed.

"I don't think we've dealt with something quite like this before and to be honest, we don't know what it's going to be like in the future. We've had events previously like wars which have impacted us but none quite like this, which has impacted everyone. There's been the illness and then the economic factors," she said.

"In situations like this it's important to realise that there may not be much we can control and it is very difficult to predict the future. The healthiest thing we can do is to stay in the here for now and not fall into the trap of looking at things as to how they were and importantly not worrying about what I'm doing to do in months or years from now.

"The greeting of "How are you" has changed, it used to be a ceremonial greeting but now it's different as none of us is ok as we used to be. However, acknowledging that is important," she added.