Former India fast bowler Praveen Kumar, who helped India clinch the second Tri-series final in 2008 at Brisbane with an early three-wicket burst, says he used to catch the batsmen by watching their feet and body language. 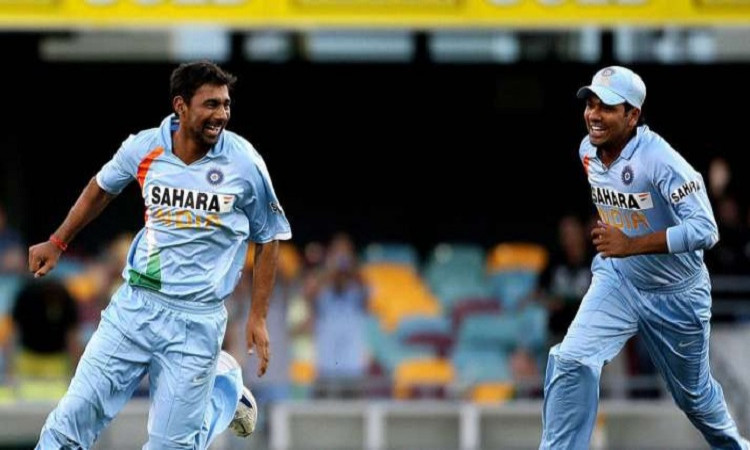 India, having won the first of the best-of-three finals, had needed to win the second to seal the Tri-series for the first time in history.

They had set a target of 258, thanks to Sachin Tendulkar's 91, and with the batting line-up that Australia had, it could have been insufficient.

But Praveen lopped off Australia's cream - Adam Gilchrist, Ricky Ponting, and Michael Clarke to leave Aussies tottering at 32/3. They could never recover from there and India won the match by nine runs.

"Let me tell you, I could catch a batsman by watching his feet and body language. That moment (Brisbane, 2008) I was just putting on display the art that I have," Praveen Kumar told about his four for 46 haul that earned him the man of the match award and India a historic win that got them the Tri-series in Australia for the first time in history.

"You see most things about bowling are simple. I was not thinking about anything. My bowling style dictated the areas I have to pitch and I was watching the wicket and bowling," he added.

Praveen says he had done his homework with the help of the support staff, having studied the batsmen.

"'Gilchrist paidal tha upar waali ball par' (Gilchrist was vulnerable to the ball that used to be pitched up)," he explains the thought behind plotting the former Australian wicket-keeper who was playing his last and 287th ODI. Gilchrist poked at a delivery that moved away. Aussies were one down for two.

"Ponting, they used to say, he pulls the ball well. So I said, 'isko pull par hi nikaalna hai' (let us catch him on the pull)," he says before explaining the simple logic.

"Whatever is the strength of someone, can also be his weakness. I bowled short, he pulled and was caught at short mid-on (by Yuvraj). I have got Ponting out thrice, once in Nagpur - there before he could realise the ball had hit the pad and he was out. It is about catching the batsman, a person. You catch a batsman by how he is playing. You need brains for that. In Ponting's case, I thought let me try a short one."

Praveen was, however, a tad lucky with the third one ï¿½ of Clarke.

"'Maine ball dabaai aur wo baith gayee' (I pushed the ball on the pitch and it didn't rise and went on at a very low trajectory). I got a bit lucky there. The pitch helped me on that one. But I am proud of the way I got Gilchrist. When a bowler uses his hands (art) and brain, he can bowl even if he has just gotten up from sleep. You will naturally catch the good length if you have it in you. By God's grace, I had practiced so much that even if I could get up from my sleep, I could step out and bowl."

That night at the Gabba, Praveen helped create history for India with his art and skills.