Pakistan opening batsman Mohammad Rizwan fell into a trap off the first ball of the match and the tourists never recovered as South Africa romped to a six-wicket win with six overs to spare in the second Twenty20 international at the Wanderers on Monday. 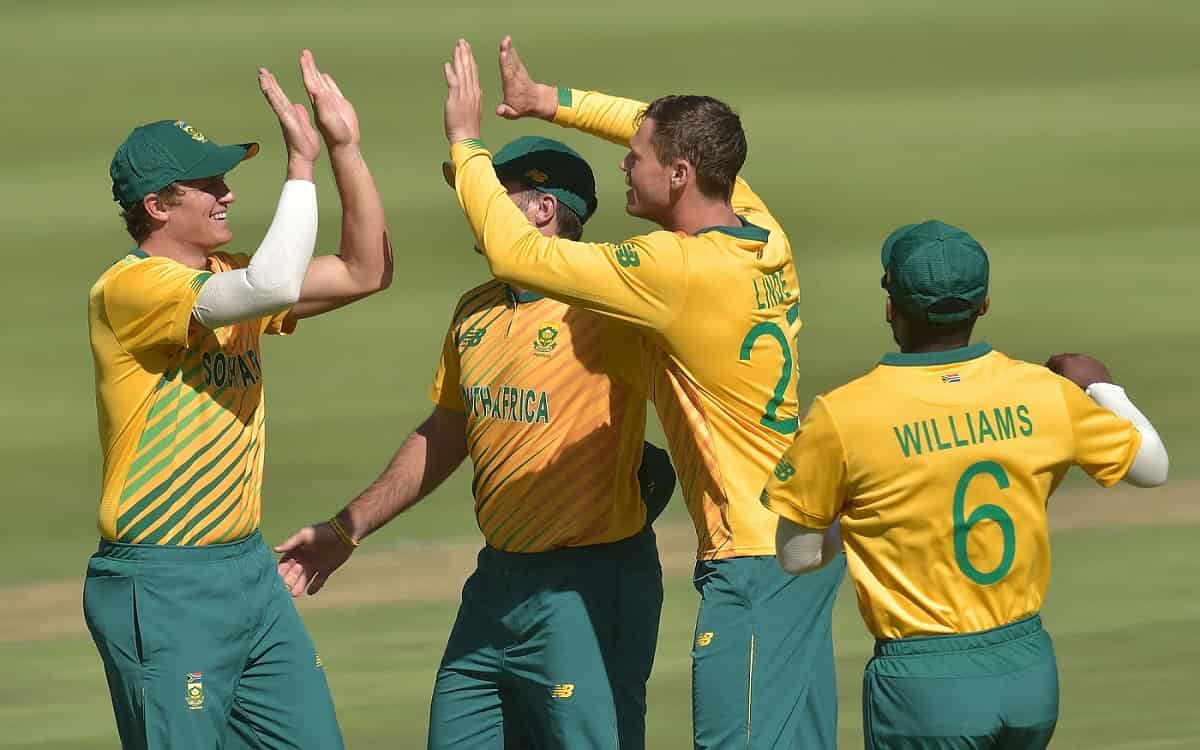 Man of the match George Linde revealed at the post-match presentation that South Africa deliberately placed mid-off Aiden Markram inside the 30-meter circle in order to tempt Rizwan to go over the top.


IPL 2021: We Are Good Enough For A Hat-Trick Says Hardik Pandya

Rizwan danced down the wicket and went for a big hit but only succeeded in hitting a high catch to Markram. "We had a game plan to bring that guy up and I was happy when he (Rizwan) came down the wicket," said left-arm spinner Linde who went on to take three for 23.

He also held three catches in the deep and Pakistan was restricted to 140 for nine on what South African captain Heinrich Klaasen said was "a 180-190 wicket".

South Africa showed up Pakistan’s batting shortcomings by racing to a series-leveling victory. Opening batsman Markram set the tone by slamming 54 off 30 balls.

There was a brief wobble when leg-spinner Usman Qadir took two wickets in successive overs to reduce South Africa to 92 for four but Klaasen (36 not out) and Linde took the hosts to the target with no further alarms.