Gayle Becomes Only Batsman To Do This Twice In IPL History

Kings XI Punjab(KXIP) batsman Chris Gayle became the only player in the history of the Indian Premier League (IPL) to miss a century by a single run on two occasions. 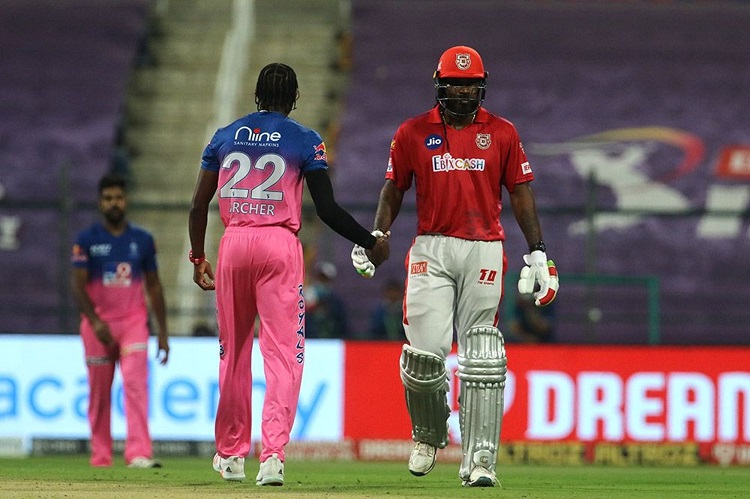 Gayle's innings on Friday was his second knock of 99.

While he was bowled for 99 by Rajasthan Royals(RR) pace bowler Jofra Archer on Friday, he was left stranded on the same score during KXIP's match against Royal Challengers Bangalore (RCB) last year.

Unfortunately, KXIP lost both the games.

Among others to be either dismissed or get stranded on 99 are Mumbai Indians' Ishan Kishan, Royal Challengers Bangalore's Virat Kohli, Chennai Super Kings' Suresh Raina, and Delhi Capitals' Prithvi Shaw.

Kishan fell for 99 against RCB in their match on September 28.

RCB skipper Kohli was run out for 99 in a game against the Delhi franchise in 2013 while Suresh Raina remained unbeaten on 99 against Sunrisers Hyderabad in a game in 2013.

Delhi Capitals' Shaw had made 99 before being caught behind against Kolkata Knight Riders last season.