In India-South Africa T20I series, Dinesh Karthik made 92 runs by facing 58 balls in four innings at a strike rate of 158.62. 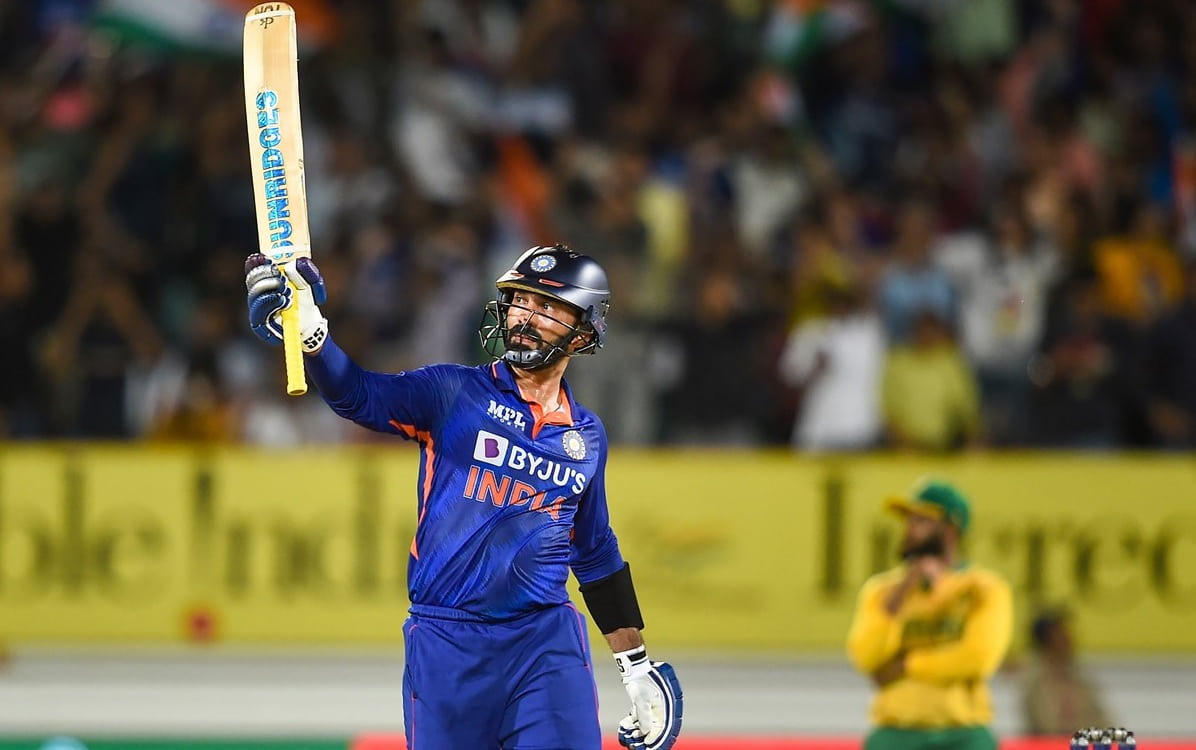 Former India cricketer Sunil Gavaskar is confident slog-overs specialist Dinesh Karthik will be on the fight to Australia for the ICC T20 World Cup this year, adding that all the years he was out of India reckoning, he was working with the sole aim of regaining his spot.

Gavaskar and Karthik shared the commentary box during last year's World Test Championship final between India and New Zealand and the legendary cricketer revealed how hard Karthik trained to get back into the national side, even leaving the hotel gym "because it wasn't good enough", and enrolling in a club.

"When we (him and Dinesh Karthik) went for the World Test Championship we were pretty much having lunch, breakfast, dinner together. And over there he was telling me about his ambition to come back in the India team for the T20 World Cup," Gavaskar told Star Sports.

"He (Karthok) wasn't in line for the one in UAE (T20 World Cup last year) but this time around ((in Australia 2022), he looks very well to be part of the flight that takes to Melbourne," added Gavaskar.

Gavaskar revealed Karthik's workout routine, which involved creating scenarios in the mind and practicing according to them.

"He was telling me how he was creating situations in his mind and practicing according to them. So it was not just mindless practice, it was thoughtful practice. It was practice according to what the situation might be when he's out there," said Gavaskar.

Elaborating on the same, Gavaskar added, "Because if you're batting at 6 and 7, you're not going to get 20 overs, not 18 overs. You're gonna get 5-6, maybe if the wickets fall nine overs to bat but in those nine, how to go about it is what he was practicing."

Gavaskar spoke about how the wicket-keeper batter enrolled in a better facility to continue his special workout regime.

"He was also training so he left the hotel gym because it wasn't good enough. He wanted to do some special training. He went and got himself enrolled in a club," said the legendary cricketer.

"That tells you about the dedication and keenness to come back into the Indian team. And the way he's playing now that'll only make you admire. You've put in the hard yards and it's the reward."

In spite of getting limited balls to face in the recently concluded India-South Africa series, Karthik made 92 runs in four innings at a strike rate of 158.62.