'Gambhir-Delhi Capitals partnership not happening as of now' 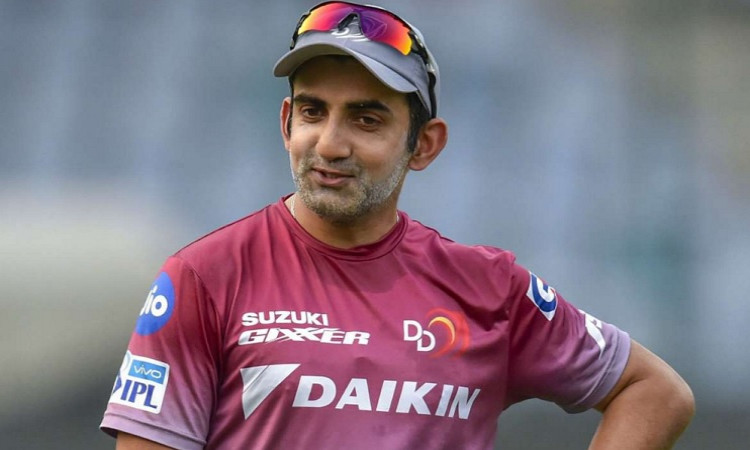 New Delhi, Jan 9: Former Delhi Capitals skipper Gautam Gambhirs dream of owning an Indian Premier League side will have to wait for a while as his interest to be a part of the ownership team of the Delhi franchise has failed to materialise as of now. The former India opener was said to have been eyeing a 10 per cent stake in the team which is jointly owned by GMR Group and JSW Sports.

Speaking to IANS, a DC official confirmed that while talks were on, the move isn't happening as of now.

Also Read: Sub-continent can make you doubt yourself: Aaron Finch

"Not happening as of now. There were talks of him coming on board and there were talks if you ask me honestly, but not happening this season 99.9 per cent. If it does happen later then that is a different story, but don't see it happening ahead of the 2020 season," the official said.

Interestingly, rumours were also doing the rounds that if not a co-owner, Gambhir might also be roped in as mentor since that position has been left vacant after former mentor Sourav Ganguly stepped down to take over as the Board of Control for Cricket in India (BCCI) President. But the official said nothing of the sorts was happening either.

"Well no to that question as well. We are not really looking at a mentor as of now. We have a strong unit in coach Ricky Ponting and the rest of the support staff. Also, we don't really know if Gambhir can come onboard as he also is an MP," the official cleared.

Delhi Capitals have seen a complete change in fortune since JSW bought 50 per cent stake in the team for Rs 550 crore in 2019. Not only did they change the name of the team from Delhi Daredevils, but also roped in Ganguly as mentor and Ponting as coach. The result was there for all to see as they qualified for the knockouts for the first time since 2012. While they failed to grab the trophy, things have clearly looked brighter.