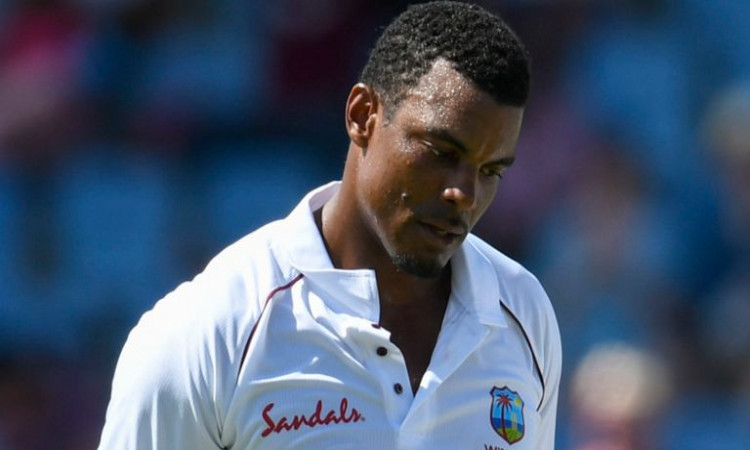 Feb.13 (CRICKETNMORE) - West Indies player Shannon Gabriel has been suspended for the first four One Day Internationals of an upcoming five-match series against England.

Gabriel's accumulated demerit points reached eight within a 24-month period following his latest breach of the ICC Code of Conduct, for which he received a 75 per cent fine and three demerit points.

During the third day of the St Lucia Test against England on Monday, Gabriel was found guilty of breaching article 2.13 of the ICC Code of Conduct for Players and Player Support Personnel, which relates to “personal abuse of a Player, Player Support Personnel, Umpire or Match Referee during an international match”, following an incident with England Captain Joe Root.

Gabriel admitted the offence after the end of the match on Tuesday and accepted the sanction proposed by Jeff Crowe of the Emirates ICC Elite Panel of Match Referees and, as such, there was no need for a formal hearing.

Level 2 breaches carry a penalty of between 50 -100 per cent of a player’s match fee or 1 or 2 suspension points. A guilty finding will also see either three or four demerit points added to the player’s disciplinary record.

Four suspension points equate to a ban from two Tests or four ODIs/T20Is, whatever comes first for the player.

Gabriel had earlier been suspended from the Mirpur Test in November 2018 when he reached the threshold of four demerit points.