From Hospital Bed To Test Debut, Shreyas Iyer Has Come A Long Way In 2021

From hospital bed to Test debut, it's been a roller-coaster ride for Shreyas Iyer. Cricketers getting injured are not a new thing, but recovering from injury and getting a Test cap is a good achievement for anyone. 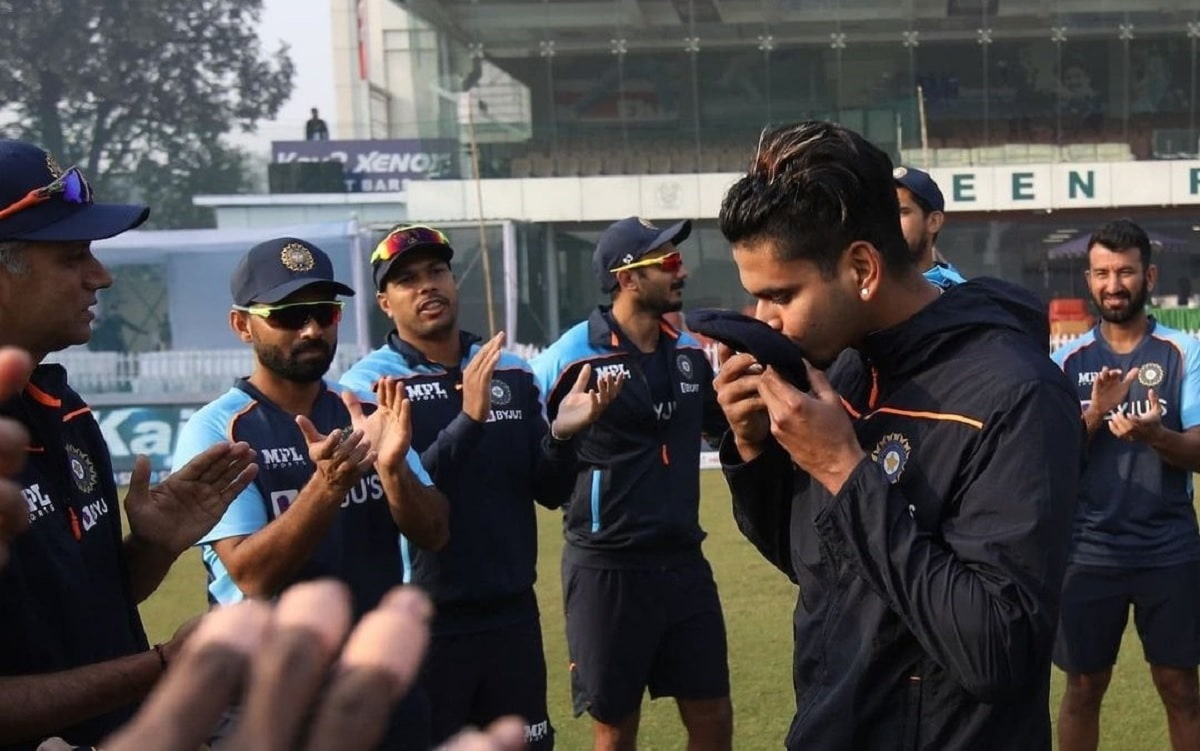 Iyer posted a video on Instagram on Tuesday, in which he shared visuals of his treatment. And then he showed pictures of a photoshoot in Test jersey.

After dislocating his shoulder in an ODI against England in Pune on March 23, Iyer had to stay away from the field for a long time. He had to undergo surgery in the UK and was also ruled out of appearing for Lancashire in the Royal London Cup.

He did not play in the first part of IPL held in India in early 2021. From him, Rishabh Pant took over the command of Delhi Capitals.

Iyer went for the rehabilitation and came back for the second part of the IPL. After the IPL, Shreyas was picked for the Team India T20I squad but could not become a part of the T20 World Cup team.

Iyer became India's 303rd Test cricketer as he got the Test cap from the legendary Sunil Gavaskar before the start of the first Test against New Zealand at Green Park Stadium in Kanpur on Wednesday.

A moment to cherish for @ShreyasIyer15 as he receives his #TeamIndia Test cap from Sunil Gavaskar - one of the best to have ever graced the game. #INDvNZ @Paytm pic.twitter.com/kPwVKNOkfu

Iyer knows better than anyone what he has achieved, perhaps this could be the reason he got emotional when he kissed the Test cap.

The tryst with Kanpur is not new for Iyer. In 2019 he saved the Mumbai Ranji team with his gritty knock of 75 against the formidable attack of Pravin Kumar, Ankit Rajpoot, and Piyush Chawal. Now he got his Test cap at the same venue where he announced his arrival for the Red-ball cricket.

In fact, the Test cap looked in his grasp but eluded him on a number of occasions. In March 2017, he was called up as Virat Kohli's replacement for the fourth and final Test against Australia in Dharamsala but missed the Test cap by a whisker.

Now after four years, he finally got the moment, a moment that will take some time to sink.