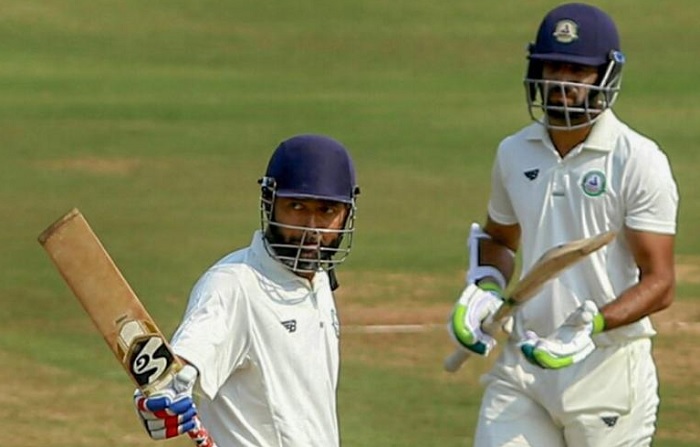 New Delhi, March 7:  Former India opener and domestic legend Wasim Jaffer has announced his retirement from all forms of the game. A veteran of 260 first-class games, Jaffer also played 31 Test matches and 2 ODIs for India. Having started off with Mumbai, the opener moved to Vidarbha before the 2015-16 season.

Confirming the news to IANS, Jaffer said: "Yes, I have decided to call it a day."

Jaffer in a statement thanked God, his family, the coaches and the cricketers he played with for making it a memorable journey.

"First of all, I would like to thank The Almighty Allah, who gave me the talent to play this beautiful game. I'd like to also thank my family - my parents and brothers for encouraging me to pursue the sport as a profession and my wife, who left a cosy life of England to create a lovely home for our children and me.

"A special thanks to all my coaches, right from my school days to professional cricket, for helping me polish my skills. A heartfelt thanks to the selectors who showed faith in me. My gratitude to all the captains I played under and all my colleagues from whom I learnt so much about the game and shared some lifelong memories. I would also like to thank all the support staff who were a constant pillar of support in my long journey.

"Thank you to the BCCI, Mumbai Cricket Association and Vidarbha Cricket Association for giving me the opportunity to represent them. My corporate team Indian Oil Corporation Ltd that has looked after me for 20 odd years. My school Anjuman-e-Islam from where my journey to become professional cricketer began. Sudhir Naik sir for giving me opportunity to play for National cricket club.

"I'd also like to thank all the bowlers who bowled tirelessly for me to improve my game and to my well wishers, who have always prayed for me to do well," his statement read.

Commenting on the moments he will cherish, Jaffer said: "Among moments I will cherish the most is getting my India Test cap, scoring 202 Vs Pakistan, 212 vs West Indies and winning Test series in West Indies and England 2006-07. I am honoured to have shared the dressing room with the likes of Rahul Dravid, Sourav Ganguly, Anil Kumble, V.V.S. Laxman, Virender Sehwag, and M.S. Dhoni to name a few.

"What can I say about Sachin? I could go on and on about him. He was my role model. Feel really blessed to have watched him play from such close quarters. In my opinion he was one of the best players of that era along with Brian Lara.

"My longest association was with the Mumbai team and it's here that I learned about the khadoos nature of cricket that Mumbai players are known for. Represented the 41-time Ranji champions from my under-16 days till 2014. Sanjay Manjrekar was my first captain. I feel privileged to have shared the Mumbai dressing room with Tendulkar, Vinod Kambli, Zaheer Khan, Amol Muzumdar, Nilesh Kulkarni to name few. After becoming the captain in 2008, I hope I passed on some legacy to Rohit Sharma, Ajinkya Rahane, Surya Kumar Yadav, Aditya Tare and others.

"I would also like to thank Chandrakant Pandit for showing faith in me when no team showed any interest to have me as a professional for 2017-18 season. It is because of him that I got a chance to play for Vidarbha again and create history of winning a Ranji Trophy and Irani Cup twice. My father wanted one of his sons to represent India and I feel proud to have fulfilled his dream.

"After all these years in cricket, it is time to move on. But just like the red ball format which is very dear to me, it's the end of only the first innings. I am looking forward to the second innings in any capacity, be it in coaching, commentary etc. As long as I stay involved with the game as this game has given me so much."