June 13 (CRICKETNMORE) India have started their campaign in the ongoing World Cup in England and Wales in an emphatic manner winning both their opening encounters against South Africa and Australia. 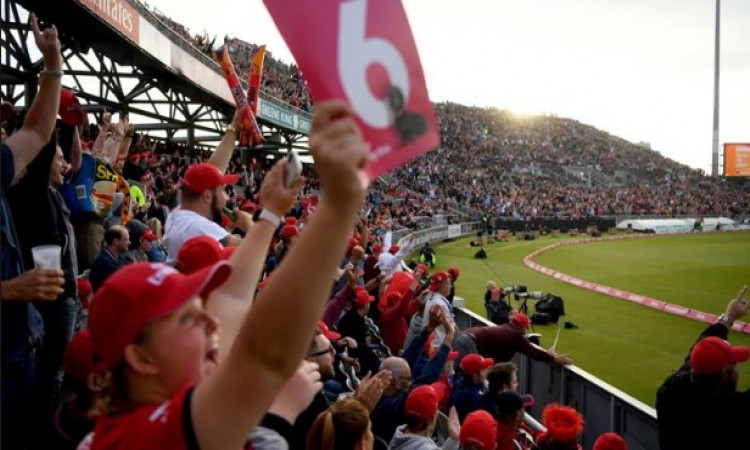 The team has been appreciated for their all-round display with the bat and ball and fans, not just Indians but from other nations too, are in awe of the Indian cricket team.

However, it's not just Virat Kohli's men who are winning the hearts in England. The Indian culture is also taking over the streets as foreign tourists and Indians are having a gala time during the showpiece event.

One such example is the latest video which has surfaced on social media where foreigners can be seen dancing on Bollywood tracks. Women in electric blue ghagra-choli are seen doing dandiya on "Chogada" from "Loveyatri" and "Nagara sang dhol baaje" from "Goliyon ki Rasleela Ram-Leela".

Before this video, another video had surfaced in which hundreds of Europeans were seen dancing to the tune of the extremely popular and timeless Bhojpuri folk song, "Jila Top Lagelu". It was also shared widely on Twitter and Facebook.

Many posts then had suggested it was shot in London, however, it turned out to be the Berlin Karneval.

The Indians have turned up in huge number in England for the ongoing World Cup. They can be seen cheering and supporting the Men in Blue at each and every World Cup venue.

India will on Thursday play against New Zealand in their third World Cup encounter at Trent Bridge, Nottingham. They will miss the services of in-form opener Shikhar Dhawan, who has been sidelined for at least two matches because of a fractured thumb.