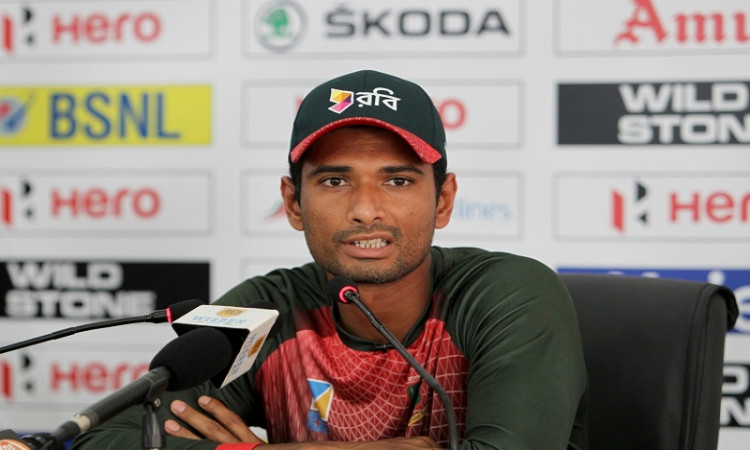 New Delhi, Nov 2: Bangladesh T20I skipper Mahmudullah has said that while the whole team is behind Shakib Al Hasan after the former skipper was banned for two years by the ICC for failing to report an approach by bookies, his absence will also be an opportunity for the youngsters in the team to step up and perform in the series against India. Mahmudullah also believes that players like Shakib are not made in a day and it would be difficult for anyone to replace him.

Speaking to reporters on the eve of their first contest of the three-match rubber, Bangladesh T20I skipper also said that while talks have surrounded the current pollution-related concerns in the national capital, his side is focussing on the match as such things are not in anyone's control.

Also Read: Jasprit Bumrah recovering well, should be back for Australia series

"We all know Shakib has been a great performer for Bangladesh. We know he did a mistake, but not a crime. We all are right now focussing on tomorrow's game as it would be a perfect opportunity for our youngsters to step up and showcase their skills," Mahmudullah said.

"It is difficult to replace him (Shakib). Players like Shakib are not made in a day," he further opined.

When asked what he has learnt from Shakib and Bangladesh's ODI skipper Mashrafee Mortaza, Mahmudullah said: "We have been playing together for a while. Shakib has been a great leader and Mashrafee has been another good motivator. I will try to step up and be a good leader. It is a great opportunity for me to lead my side. We have to play as a team and execute our skills."

Commenting on his strategy for Sunday's clash, Mahmudullah said his side's focus will be on their batting and will try to put a big score as it will hand their bowlers a platform to prove themselves.

Meanwhile, a lot has been said about the pollution in the national capital and voices were also raised for the cancellation of the match before BCCI President Sourav Ganguly confirmed there was no such plan. Even India's stand-in skipper Rohit Sharma had said he doesn't have any problem with the conditions here. When asked about the issue, Mahmudullah said: "We had a chat about this (the conditions) with our management and players. It is something which is not probably in our control. We are focussing on our game and want to win it."