Focus was to have fun and put team in good position: Rohit Sharma 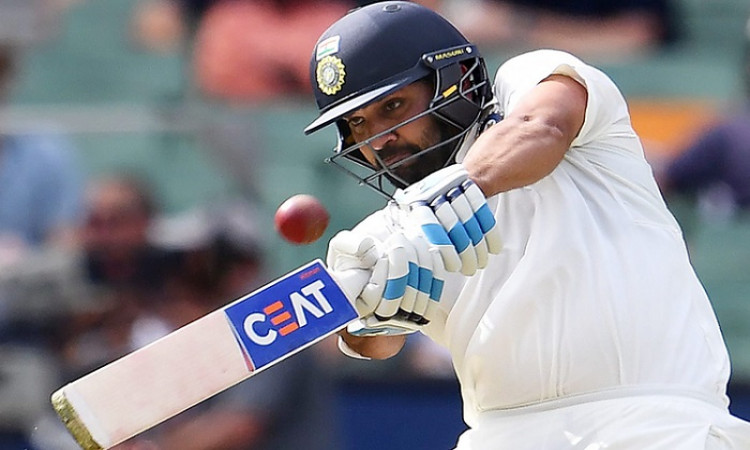 Visakhapatnam, Oct 6:  Rohit Sharma took his debut Test as an opener by storm with centuries in both innings of the match. He scored 174 in the first innings -- which was part of a 317-run opening stand with Mayank Agarwal -- and then smashed 127 off 149 balls in the second to help India win the first Test against South Africa at the ACA-VDCA Cricket Stadium in Visakhapatnam by 203 runs.

He was man of the match for his efforts and said that the focus was to go out there, "have fun and put the team in a good position."

"Just wanted to go out there and do what I do best. Great opportunity for me at the top. Thankful for the chance, considering I've never done that before. Focus was on winning the Test match and I think we pretty much did everything right today," he said in the post match presentation ceremony.

The 32-year-old, considered one of the best opening batsmen in the world in limited overs cricket, has had a chequered run in Tests. He had never opened the innings before in the format but said that the decision to play him at that position for this series did not come as a surprise to him.

"Couple of years ago it was communicated to me that I might open someday. Even in nets whenever I was not playing Tests I used to practice with the new red ball.

"No matter what ball you play, whether it's red ball or white ball. When you are starting the innings you've got to be careful. Focus on basics -- leaving ball outside off, playing close to the body," he said.

Rohit may have been cautious compared to the way he plays in limited overs cricket in his two innings in Visakhapatnam but he did not shy away from taking the aerial route whenever he got the chance. He smashed 13 sixes across the two innings, which is the most by a player in a Test match.

"My job here is to play in a certain manner, that's what they expect me. And I'm going to try to do that. It's my game to mix caution with aggression. Everything depends on the situation you're batting in," he said.

Rohit is the first batsman ever to score tons in both innings of his first Test as an opener. He also became only the sixth Indian to do so after Vijay Hazare, Sunil Gavaskar, Rahul Dravid, Ajinkya Rahane and Virat Kohli.

"There are lot of things in Tests which I'm not aware of in terms of records. Focus was to have fun and put team in a good position. Had to try and play some shots. May come off and may not come off. Bowlers are pretty smart these days. I back myself and I guess fortune favours the brave," he said.

India now lead the three-match series 1-0. The second Test will be played in Pune and starts on October 10.