The double over the champions wasn’t to be for the Saint Lucia Kings, as the Trinbago Knight Riders proved too strong for Faf Du Plessis’ team on Tuesday at Warner Park in the Caribbean Premier Le 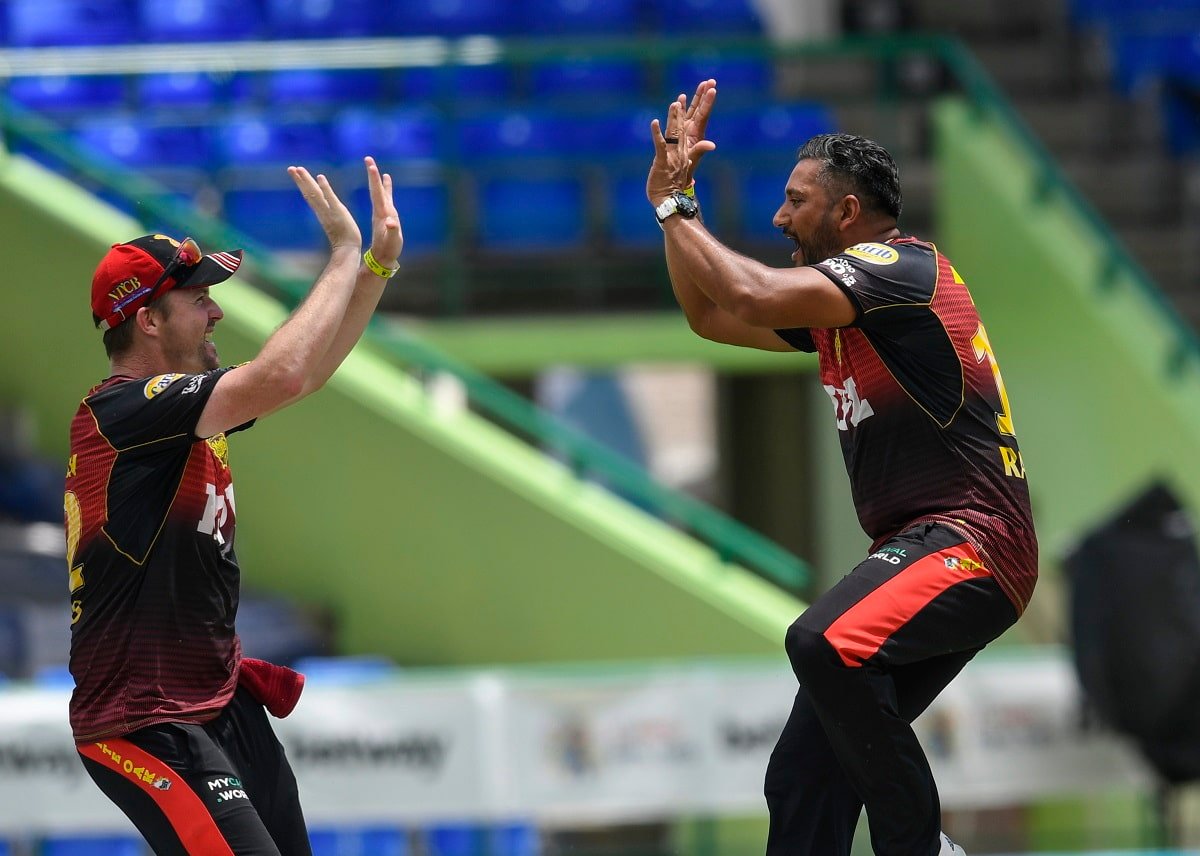 The double over the champions wasn’t to be for the Saint Lucia Kings, as the Trinbago Knight Riders proved too strong for Faf Du Plessis’ team on Tuesday at Warner Park in the Caribbean Premier League(CPL) 2021. Kesrick Williams stole the show with the ball in the first innings for his team, but unfortunately, the target still seemed out of bounds for the Saint Lucia Kings, who suffered their second defeat of the season.

Opting to bowl first, the Saint Lucia Kings started off with a tidy couple of overs, conceding just 14 of the first two. Lendl Simmons however freed his arms next up, getting a boundary either side of the wicket off Wahab Riaz. The Pakistani pacer though had the last laugh, as he trapped his Caribbean counterpart plumb in front of the wicket off his last ball of the over.

Despite the wicket, Sunil Narine wasn’t shy of playing his shots, as he picked up a couple of boundaries to push the team score to 40/1 after the powerplay. Post the powerplay, spinners Samit Patel and Mark Deyal continued to keep things tight, conceding just 11 runs in the two overs between them.

The reintroduction of pace however proved costly, as Kesrick Williams was hit for two boundaries in his first over. Kings skipper Faf Du Plessis though shrewdly got back spin, and Roston Chase picked up the wicket of Tion Webster almost immediately, leaving the score at 63/2. The champions lost another wicket in the next over, as Alzarri Joseph picked up Narine.

New man Colin Munro too didn’t stay at the crease for long, as he chipped one into the hands of Riaz at short third-man, who took a good low catch to give Williams his first wicket of the season. Tim Seifert however seemed to carry off from where he left off on Sunday, as he scored a couple of early boundaries to push the team score to 77/4 after 13 overs.

New man Keemo Paul however erred with his length a couple of times, as Kieron Pollard managed to get a couple of boundaries. The batting side got a move on after that, as the two subsequent overs yielded 20 runs, pushing the team score to 111/4 after 17. Having got their eyes in, both Pollard and Seifert targeted Paul’s second over, getting three fours off it.

Pollard carried on that momentum into the penultimate over as well, getting a six and two fours of the first three balls to push the team score close to 150. The TKR captain however couldn’t stick on till the end, as Mark Deyal claimed a stunning high catch on the boundary. Seifert too was out caught in the deep a couple of balls later, as the batting side ended their innings at 158/7, with Williams ending with figures of 4/24.

In reply, Saint Lucia Kings lost an early wicket as Rahkeem Cornwall was knocked over by Isuru Udana in the third over. Captain Du Plessis however came out with a positive mindset, getting a boundary down the ground early on in his innings.

The Kings’ other opener Andre Fletcher too started off with a bang, getting a six over square leg and a four over mid-off to push the team score to 40/1 after five overs. The introduction of spin however significantly slowed down the chasing side’s run rate, as they only added 14 runs between overs five and nine.

The pressure was building and it cost them a wicket, as Du Plessis edged one to first slip. Things got worse for the Kings, as new man Roston Chase was out for a duck off Akeal Hosein’s bowling, leaving the team score at 55/3 after 11 overs.

The Kings finally got a move on in the 11th over, as Pollard’s first over went for nine runs. New man Mark Deyal took on the spin of Narine, getting a four off a switch hit to push the team score to 77/4 after 14 overs. The southpaw however was knocked over when pace was reintroduced, as Ravi Rampaul got his first wicket of the game.

Rampaul struck again the very next ball, as the in-form Tim David was out for a duck, caught behind off a ball that swung late. Opener Fletcher however kept his team in the hunt, as he struck two fours and a six off enroute to his first fifty of the season, pushing the team score to 97/5 after 16 overs.

Fletcher’s partner Samit Patel however couldn’t find his timing on the day, as he became Rampaul’s third wicket of the day. New man Keemo Paul also walked back without opening his account.

Andre Fletcher continued to pile on the runs, but by then it was too little, too late as the run rate was beyond salvageable. The Spiceman ended the innings at 81* as he returned to form, but the Saint Lucia Kings ended on the losing side, falling short of the target by 27 runs.