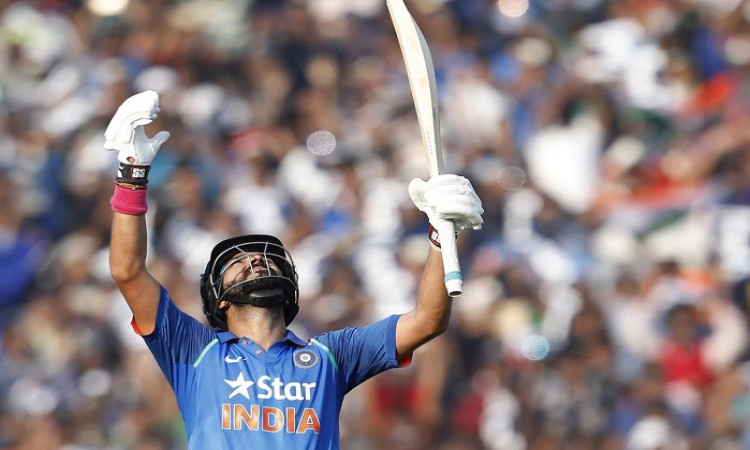 New Delhi, June 10 (CRICKETNMORE):  Yuvraj Singh called time on an illustrious career in which he played 402 international matches accross formats and scored 11,788 runs. By 2007, his prowess in ODI cricket was well-known and he took to T20s like duck takes to water.
Look at his top five performances in the shortest format of the game:

Kingsmead, Durban, became the scene for one of the most astonishing displays of power-hitting. With Yuvraj on strike and fired up after an exchange of words with Andrew Flintoff, a 20-year-old Stuart Broad came in to bowl the 19th over of the Indian innings. Broad may have emerged as one England's all-time greats in Test cricket since, but what followed in that over is something that has stayed with him throughout his career. Yuvraj sent all six deliveries into the stands and propelled India's score from 171 to 207 within an over. India won the match by 18 runs.

In the very next match, Yuvraj picked up from where he had left off, sending Australia packing as India batted first and scored 188/5. He replaced Gautam Gambhir in the ninth over and constructed an 84-run stand with Robin Uthappa and then put on 30 runs with M.S. Dhoni. His innings comprised of five fours and as many sixes.

This was Yuvraj's second comeback after recovering from cancer. Aaron Finch's 52-ball 81 had powered Australia to 201/7 and in reply, India were 80/3 in the ninth over when Yuvraj came in. Virat Kohli was dismissed and India's score was 100/4 in the 12th over. But after that, Yuvraj and Dhoni counterpunched their way through the rest of the overs. While the latter hit the winning runs in typical fashion, Yuvraj's 77 -- his highest in T20 Internationals -- ended up earning him the Man of the Match award.

Yuvraj's best performance in the Indian Premier League came in Royal Challengers Bangalore colours, albeit in a losing cause. RCB were tottering at 40/3 in the ninth over after which Yuvraj took flight. He shared a 132-run stand with AB de Villiers that propelled RCB to 190/5. Later, he took four wickets during the RR chase. However, Steve Smith and James Faulkner's unbeaten 85-run stand took Rajasthan home. It was the second time that Yuvraj had scored a half century and taken four wickets in the same match in IPL.

Yuvraj had taken three wickets as India bowled first but Sri Lanka set a target of 207 for India to chase. India started their chase well, with the first two wickets contributing 108 runs before Dhoni and Yuvraj took over. Tillakaratne Dilshan gave him a lifeline when Yuvraj was on 40 in what was a poor fielding performance from both sides. Yuvraj's innings inlcuded three fours and five sixes and India ended up chasing down the target with five balls to spare.