Finch happy with Australia's form ahead of England clash 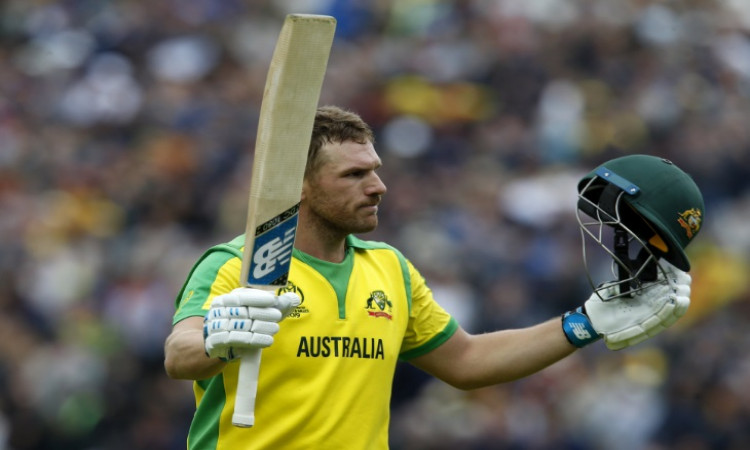 June 24 (CRICKETNMORE) Defending champions Australia are currently placed second in the points table for the 2019 World Cup and skipper Aaron Finch believes that trusting one's own abilities has been the key to his side's success in the recent times.

Ahead of Australia's clash against England in the showpiece event, Finch pointed that the change in the composition of the side has also helped the team. In 2018, England first thrashed Australia 4-1 in their own backyard and then beat them 5-0 at home.

Also Read: Pant not my no.4, DK or Kedar can do the job: Gaekwad

"We tried last year to beat them at their own game and it wasn't very successful. We came up pretty short in that series. That was having quite an inexperienced group at the time, there was a lot of change in the one-day side at the time," Finch was quoted as saying by the ICC.

"When you've got an inexperienced group, it can hit them a bit harder. It's tough to play someone else's game, you have to be true to your game plan and what your style is," he added.

The Australian skipper also felt that his team has shown improvement in every department of the game. "I think we've got the balance well and truly right, we're playing some really good cricket with bat and ball, we're fielding really well. Overall we're improving nicely," he opined.

"JL definitely played a part in it. Guys that have been around a while and played a lot of one-day cricket, you sensed that that's not a sustainable way to play our one-day cricket," he said.

Finch also believed that hosts England has been a consistent side in recent times which has been their key to success.

"When you look at England over the last four years, they've been bloody consistent, so you can't read a huge amount into it. What we've talked about the whole tournament is if you let your guard down, or your mind slips a bit too far forward, any team can beat you on the day," he concluded.

England, who have garnered four wins from six games, are set to take on Australia at the Lord's on June 25.