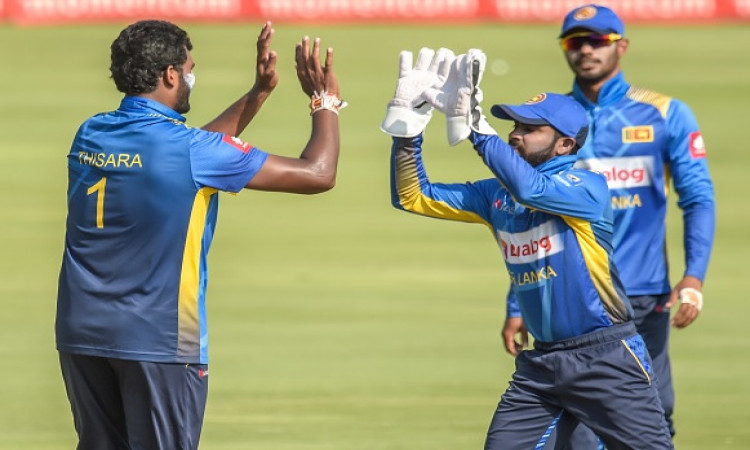 Colombo, Aug 29: Few Sri Lanka cricketers are reportedly unwilling to travel to Pakistan for a limited-over series featuring three ODIs and as many T20 internationals, slated to be held in September and October this year.

The two Tests of the tour are scheduled to be held in the United Arab Emirates later after Sri Lanka Cricket (SLC) turned down Pakistan Cricket Board's (PCB) request to hold the games in Pakistan.

According to a report in the website of Pakistan's Urdu news channel Express News, the tour was finalised after a long discussion between the two cricket boards. However, Sri Lanka's wicketkeeper-batsman Niroshan Dickwella and all-rounder Thisara Perera are not willing to participate in the tour. The report also said that some other players too were willing to give the tour a miss though their names weren't clear yet.

Both Dickwella and Perera want to feature in the Caribbean Premier League (CPL), which will run between September 4 and October 12, and have also sought permission from the SLC for the same.

After the infamous terrorist attack on the Sri Lankan team bus near Gaddafi Stadium in Lahore in 2009, most of the international teams have refrained from visiting Pakistan. confirmed as coach of Southampton-based team for The Hundred