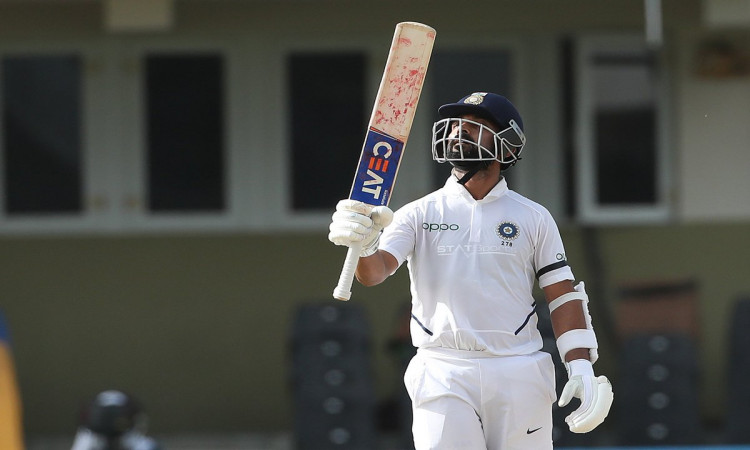 North Sound (Antigua), Aug 26: Vice-captain Ajinkya Rahane and pacer Jasprit Bumrah starred in India's record 318-run win over West Indies in the first of the two Test match. Rahane, who scored his ton after a long dry patch of 17 Test matches, described it as "special", while Bumrah felt the team's bowling unit clicked well against the hosts.

Rahane, who played a brilliant knock of 102 runs, was involved in a crucial 135 run partnership with Hanuma Vihari (93) in India's second innings to help his team post a challenging target of 419 runs to the Windies before Bumrah's fifer blew away the opponents.

Speaking at the post-match presentation, Rahane, who was also adjudged Man of the Match, said: "Feels really special. I thought the first innings was very crucial for us. The partnership between me and Rahul was very crucial. Before this, I played county games for Hampshire and that helped me."

"I dedicate this award to the people who have backed me for the last one and a half to two years. I think first day of the game, the wicket was really damp. We knew if we stay there the runs would come. The plan was to bat, bat and bat," he added.

On the other hand, Bumrah, who was rested for the limited over series, said: "Feeling good and we built pressure as a bowling unit which was nice. We used the breeze to our advantage and stuck to our plans. Lot of hard-work and practice goes into that (about bowling the outswinger). I always had the inswinger but the more I played the more confident I got."