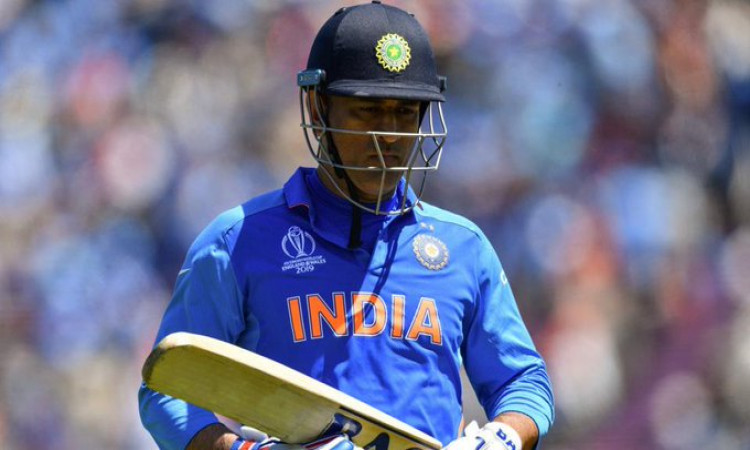 New Delhi, June 25 (CRICKETNMORE): The legendary Sachin Tendulkar had made his displeasure known over M.S. Dhoni's slow batting during India's World Cup game against Afghanistan. Tendulkar had said that the stumper should have shown more positive intent during his time at the crease. Dhoni took 52 balls to score 28 runs which had reduced India's scoring rate in the middle overs.

Tendulkar's views though haven't gone down well with Dhoni's ardent fans and they have taken to social media to make their disappointment known.

Also Read: Virat Kohli sweats it out ahead of West Indies clash

A fan on Twitter slammed Sachin saying: "Sachin Tendulkar, of the "95 to 100 in 20 balls regardless of the match situation" fame talks about Dhoni's lack of intent. Wow, just wow !! Matlab hypocrisy ki hadh hain bhaiyya! (There is no limit of hypocrisy) (sic)."

Another ardent Dhoni fan hit back not only at Sachin, but also his son Arjun Tendulkar and said: "@msdhoni is the King of cricket!! Sachin played only for self and trying to fit in his looser son in team India now. Height of nepotism! (sic)."

"#MSD one slow innings and everybody is baying for his blood .... unfair on @sachin_rt to come out in public criticising Dhoni. Dear Great Batsman ... the WK batsman has won many more matches for India than u did !! (sic)," expressed another fan and went on to add: "Atleast #MSD is much more a team player than the great @sachin_rt ... the little master always had a selfish intent when he came out to bat !! 100 tons and everything is good but one can count on their fingers as to how many matches India won/test matches saved coz #Sachin (sic)."

Speaking to India Today, Sachin had admitted that he wasn't pleased with the way Dhoni played. "I felt slightly disappointed, it could have been much better. I was also not happy with the partnership between Kedar (Jadhav) and Dhoni, it was very slow. We batted against 34 overs of spin bowling and scored 119 runs. This was one area where we didn't look comfortable at all. There was no positive intent," Tendulkar had said.

Sachin further suggested that he expected more from a senior batsman like him (Dhoni). "A senior player (like) Dhoni should have taken charge as Jadhav's batting was hardly tested in the tournament. Kedar Jadhav was under pressure, he had not had an outing up until now. He needed someone to take charge of the situation early on but that did not happen. Both Kedar and Dhoni were not able to play at the required strike rate that they would have wanted," Tendulkar added.