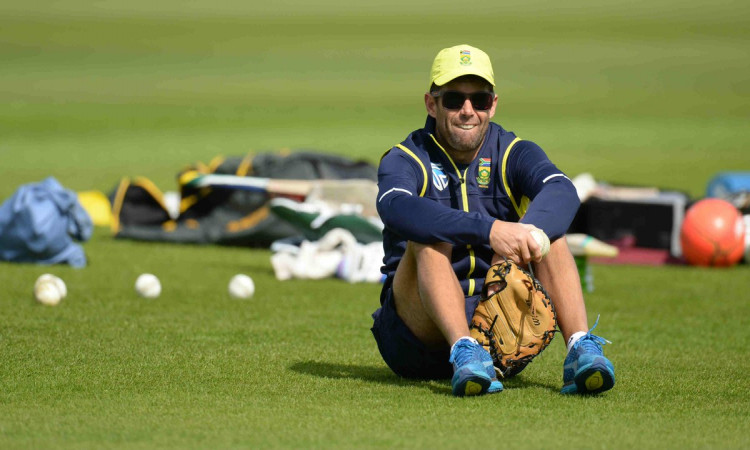 Dhaka, Sep 15: Bangladesh white-ball batting consultant Neil McKenzie has urged the team fans and media to be patient with the batting unit, saying too much stress can lead to further negative effect on the players.

"I think sometimes our worst enemy is Bangladesh. Because we put too much pressure on ourselves," he was quoted as saying by Cricbuzz.

In the first Twenty20 tri-series against Zimbabwe, Bangladesh slipped to 60/6 at one stage before Afif Hossain and Mossadek Hossain stemmed the rot and took them to victory.

"That's come from the spectators and media and everybody to trust. They are not machines, they are humans. We just get behind our team and back our team and even if we lose tomorrow, we will win the next game.

"We don't come out to lose. As soon as they don't score in one or two games, and everybody gets excited and upset. International cricket is hard cricket and best in the world also fail. But we have to keep faith in the talented bunch of cricketers. Bangladesh's got a lot of talented cricketers and we need patience.

"I think you can trust them after what they have done. Soumya Sarkar, he came well in the Ireland final against West Indies. You guys have definitely watched that on TV. He scored fifty in no time. He is a proper player and he needs belief. He can't have people questioning his ability all the time. He has come back with a lot of big hundreds. He got a great 80 against Zimbabwe five to six months ago. He had a great tour in Ireland. He showed glimpses what he could have done in the World Cup. We just need to trust these guys and give them backing. You can't score hundreds in all the time.

"Liton Das, we have seen what he can do. He got a 140 in the Asia Cup, that's not four years ago. He has a great 90 against West Indies in an unbelievable historical chase in Taunton. So these guys can play. Hopefully, selectors chose them for long enough and get out your little performances there because they all are good players."

McKenzie said they are working overtime to be consistent.

"Instead of scoring 80 or 100, and then nothing, we want a 100 then we want a 100 and 50, 40 and whatever it is. So it's just the consistency we are looking for but when someone fails at that front, we are a team and someone needs to pick up the responsibility. And that's what good teams do," he pointed out.

"When it is your day and openers are really going well and you are very happy for the openers. When it is not their day, its opportunity for number seven, number eight."

"The biggest thing is when you start doubting yourself, you don't play your natural game. We can't have one of our batsmen thinking this is my last chance or I don't want to do this. We have to go out there and play positive cricket and play for Bangladesh," McKenzie stressed.

"I think there were a few execution failures. But that's Twenty20 cricket you know. We don't mind guys getting out on their game plan. If Mushy gets out on reverse sweep I am not gonna be worried. If Soumya gets out trying to go over the top, I am not going to be worried, because those are the shots.

"If someone tries to do something under pressure that they are not used to do it, then there is a problem for me. So the guy like Liton Das knows, he was too good to miss the ball yesterday. But I like the way he gave himself the room and the opportunity to open up in extra cover. He is a very good player at extra cover. So for me, there was no problem with thinking but just the execution," he added.