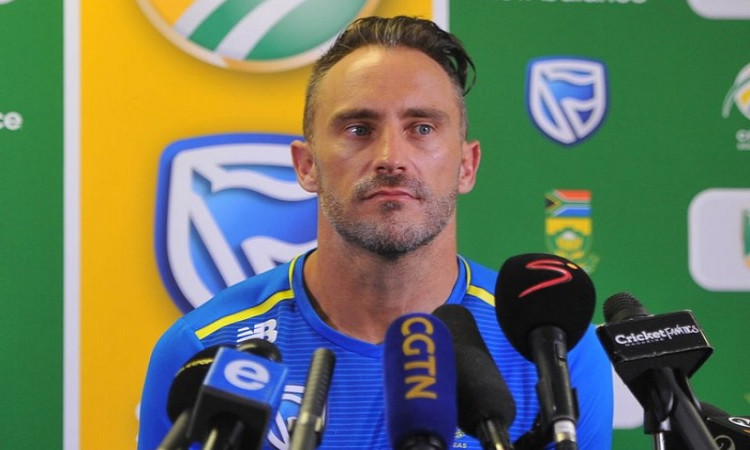 "When I took over the leadership, I did so with the commitment to lead, perform and most importantly, to serve. As the team heads into a new direction with new leaders and a young crop of players, I feel it will be in the best interests of South African cricket to relinquish the captaincy in all formats,"said du Plessis in a statement.

The 35-year-old has cited a need to take a step back from captaincy in order to help facilitate the emergence of the next generation of leaders within the team under Quinton de Kock.

"This was one of the toughest decisions to make, but I remain fully committed to supporting Quinton, Mark and my teammates as we continue to rebuild and re-align as a group," he said.

The right-handed batsman captained South Africa in a total of 112 international matches across all three formats since December 2012 when he led South Africa for the very first time against New Zealand in a T20I series.

"In a perfect world I would have loved to lead the team in the Tests for the rest of the season as well as the T20 World Cup, but sometimes the most important attribute of a leader is to be selfless."

"I am healthy, fit, energised and motivated and certainly see myself playing an important role in the squad for as long as I continue putting in winning performances for the team," he added.

The Proteas will take on Australia in a three-match T20I series starting Friday.

"This was one of the toughest decisions to make, but I remain fully committed to supporting Quinton, Mark and my teammates as we continue to rebuild and re-align as a group." - Faf du Plessis pic.twitter.com/mApfnwXUMX