KKR vs LSG IPL 2022: Rinku Singh scored 40 runs off 20 deliveries with 2 fours & 4 sixes, before he was dismissed courtesy of a stunning catch by Evin Lewis; watch video here. 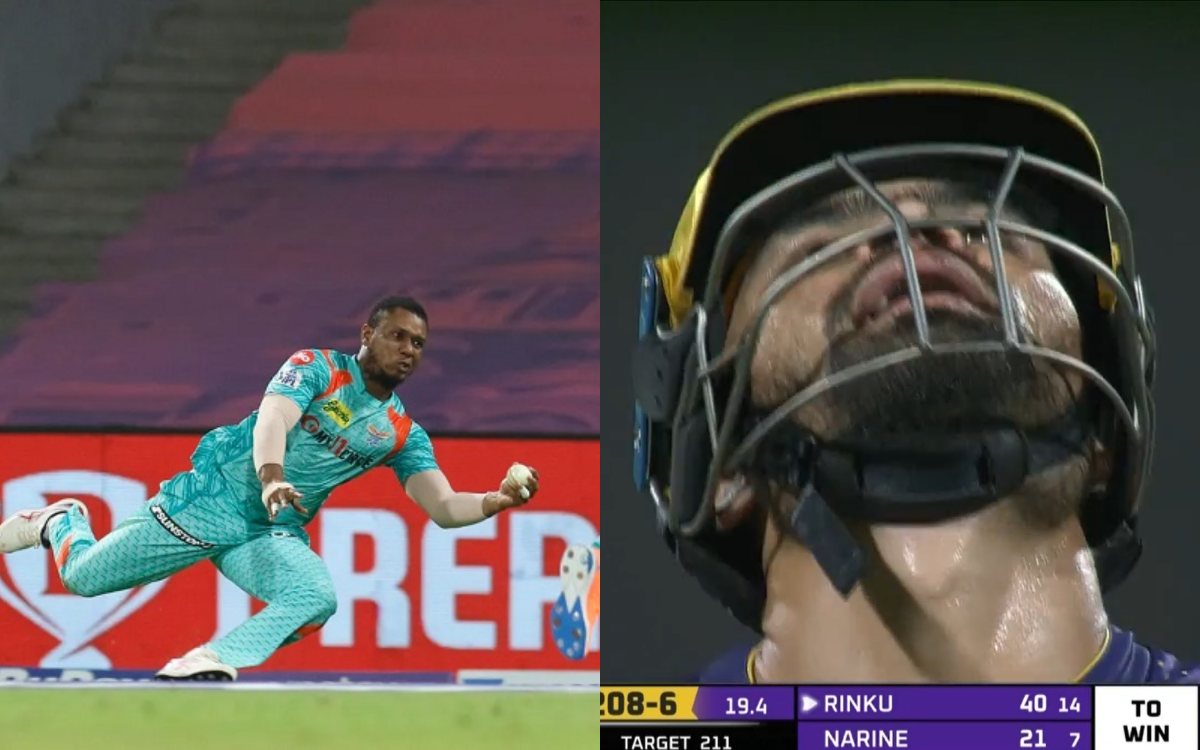 KKR vs LSG IPL 2022: A proper high-scoring thriller was exactly what was witnessed in the match between Kolkata Knight Riders & Lucknow Super Giants. After a rampage by Rinku Singh in the last over which almost brought KKR to the finishing line, Evin Lewis' one handed-stunner dismissed the batter and broke KKR fans' hearts.

With 21 needed off the last over, Rinku was on strike with 22 runs off 10 deliveries. Marcus Stoinis was handed the responsibility to bowl the final over. The KKR left-hander smacked the first delivery for a four, followed by 2 sixes. This outburst by Rinku brought the equation down to 5 runs needed off 3, and KKR came back in the match from out of nowhere.

On the 4th delivery, Rinku took a double and now KKR needed 3 runs off 2 deliveries to win the match. Stoinis bowled a slow & wide delivery on the penultimate bowl of the over. Rinku looked to go over extra cover to finish the match but ended up slicing it into the air. Lewis ran in from eep backward points and stretched out his left hand and completed a one-handed stunner to dismiss the explosive batter. 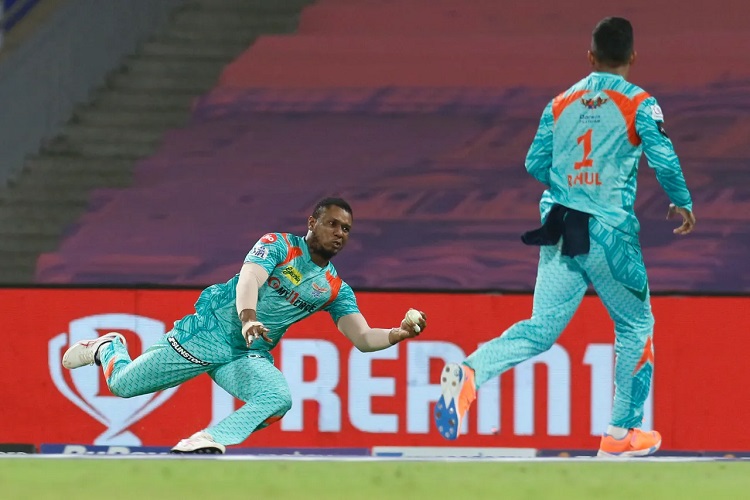 Rinku Singh was dismissed after scoring 40 runs in 15 deliveries with 2 fours & 4 sixes. Kolkata Knight Riders lost Umesh Yadav on the last delivery with 3 required to win, losing the match by 2 runs and ending their playoff hopes.

Earlier, Lucknow Super Giants captain KL Rahul won the toss & opted to bat first against Kolkata Knight Riders in the 66th match of IPL 2022. With the help of Quinton de Kock's fiery century and KL Rahul's sensation fifty, LSG posted 210/0 in 20 overs. In reply, KKR were halted to 208/8 in 20 overs. Captain Shreyas was the top scorer for KKR with 50 runs while Moshin Khan & Marcus Stoinis picked up 3 wickets each. This match was played at Dr DY Patil Sports Academy, Mumbai.