ENGW vs INDW 3rd ODI: India Eyeing A 3-0 Clean Sweep To Give A Winning Send-Off To Pacer Jhulan Goswami

After sealing an ODI series victory in England after 23 years, India will now be aiming to give a winning send-off to legendary pacer Jhulan Goswami when they face England in the final match at Lord&# 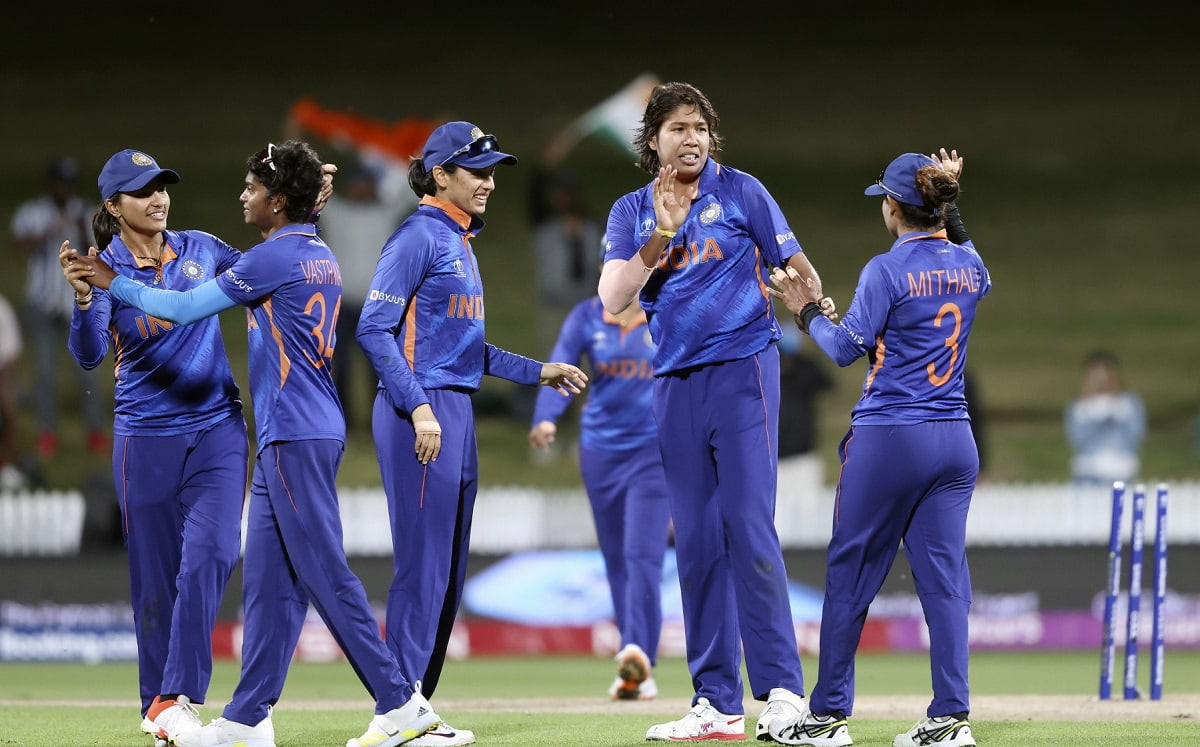 After sealing an ODI series victory in England after 23 years, India will now be aiming to give a winning send-off to legendary pacer Jhulan Goswami when they face England in the final match at Lord's on Saturday.

Apart from giving Jhulan a fitting farewell from international cricket, India would want to make the occasion more memorable by securing a historic clean sweep in ODIs on English soil and convert 2-0 lead into 3-0 scoreline.

Saturday's match at Lord's will also be the first time both India and England will be playing at the iconic venue since meeting in a thrilling 2017 ODI World Cup final, where the hosts emerged victorious by just nine runs.

It is believed that retiring from international cricket on the field is something which many cricketers don't get in their lifetime. But for Jhulan, a bonafide legend of the game, to bow out of international cricket at Lord's after completing nearly two decades in the arena, it is a different high altogether.

2022 has been a year where retirements of Mithali and Jhulan will mark the end of an iconic era in Indian women's cricket. Though Mithali didn't get a winning farewell as India crashed out of Women's Cricket World Cup earlier this year after losing to South Africa on the last ball, Harmanpreet Kaur & Co. will be hoping to get Jhulan sign off from international cricket on a high.

Coming to the series, India have been totally dominant over England, securing victories while chasing and batting first. Harmanpreet has been an absolute treat to watch with the bat, showing her free-flowing shots and then accelerating rapidly in her unbeaten 143 at Canterbury.

Smriti Mandhana, Yastika Bhatia and Harleen Deol have produced great knocks as well, though they would want for youngster Shafali Verma to find runs. With the ball, Renuka Thakur has been brilliant while Meghna Singh, Deepti Sharma, Dayalan Hemalatha and Pooja Vastrakar have chipped in well.

England, on the other hand, have been a very pale shadow of their strong self in ODIs. Absence of Heather Knight, Nat Sciver and Katherine Brunt meant the side has been short on experience, thus impacting them badly. With youngsters like Lauren Bell and debutant Freya Kemp taken to cleaners by Harmanpreet's carnage, expect them as well as Kate Cross, Sophie Ecclestone and economical Charlie Dean to come back hard stronger.

But for India, giving a winning farewell to Jhulan and enjoying the time on-field will be paramount. As has been the case, expect Jhulan to be at her full intensity, testing the batters and being relentless in taking scalps because there will be no one like her.