England pace bowler Kate Cross on Wednesday took five wickets for 34 runs to help bowl Indian women out for 221 in the second ODI, which also saw skipper Mithali Raj scoring a half-century before developing neck pain and handing over reins to deputy Harmanpreet Kaur in the initial part of the innings. 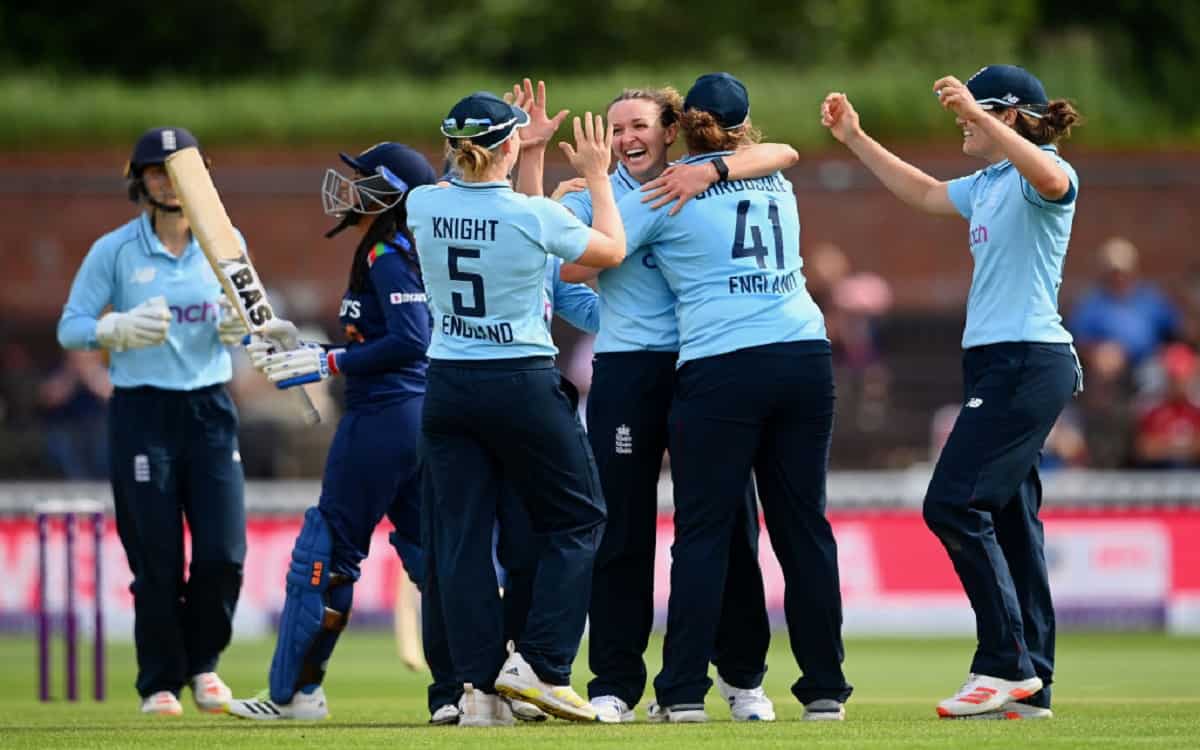 "Captain Mithali Raj has pain in her neck and will not take the field immediately. Vice-captain Harmanpreet Kaur will lead the team in Mithali's absence. Radha Yadav is the substitute fielder," said a statement from the Board of Control for Cricket in India.

Indian women's team had got off to a flying start with openers Smriti Mandhana (22) and Shafali Verma (44) adding 56 before a loss of three quick wickets, including the close stumping of Shafali, put them on the backfoot at 77 for three.

Harmanpreet Kaur (19) and Mithali (59 off 92 balls) then added 68 runs for the fourth wicket before Harmanpreet fell. As wickets kept tumbling around her, Mithali remained the lone batter standing.

Towards the end, Jhulan Goswami (19) and Poonam Yadav (10) added 28 for the last wicket to take India past 200. Left-arm spinner Sophie Ecclestone took three wickets for 33. England women had won the first ODI by eight wickets.