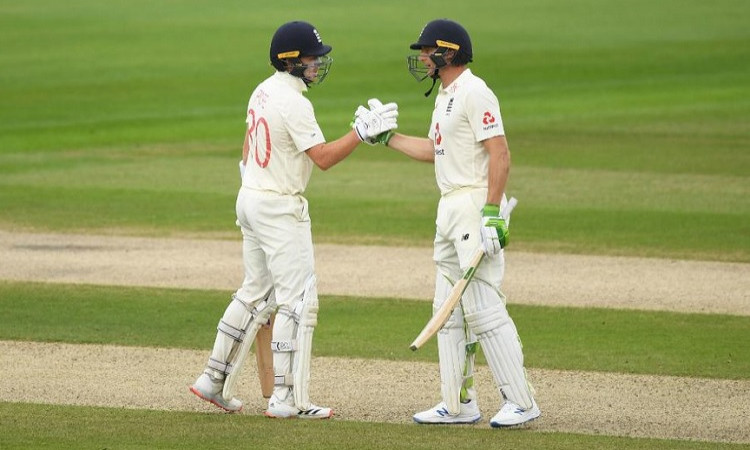 Manchester, July 25: A counter-attacking knock from Jos Buttler (57*) and Ollie Pope (91*) ensured that England had the upper hand in the third session of a day that was otherwise dominated by the West Indies in the third Test between the two sides at the Old Trafford on Friday.

At stumps, which was declared early on Day 1 due to bad light, England were 258/4 following an unbeaten 136-run partnership between Buttler and Pope.

The pair started the final session with England reeling at 131/4 with Buttler on 2 and Pope on 24. Fatigue of a long day of running down a damp Old Trafford track and an aging ball seemed to catch up with the West Indies fast bowlers as they looked tired and sore throughout the third session.

Buttler and Pope took advantage of the situation as they scored at a brisk rate. The 100-run partnership between the two came off just 175 balls. The West Indies took the second new ball, but the umpires had to call the players off just after three overs due to bad light.

Earlier, the West Indies were in the driver's seat throughout the first two sessions as they kept England on a tight leash with regular wickets. Hosts captain Joe Root was dismissed just before Lunch, and in the second session, talismanic all-rounder Ben Stokes was bowled by Kemar Roach.

The three-Test series is currently level at 1-1.