Manchester, Aug 5: Pakistan captain Azhar Ali won the toss and elected to bat against England in the first Test of the three-match series beginning Wednesday at the Old Trafford. 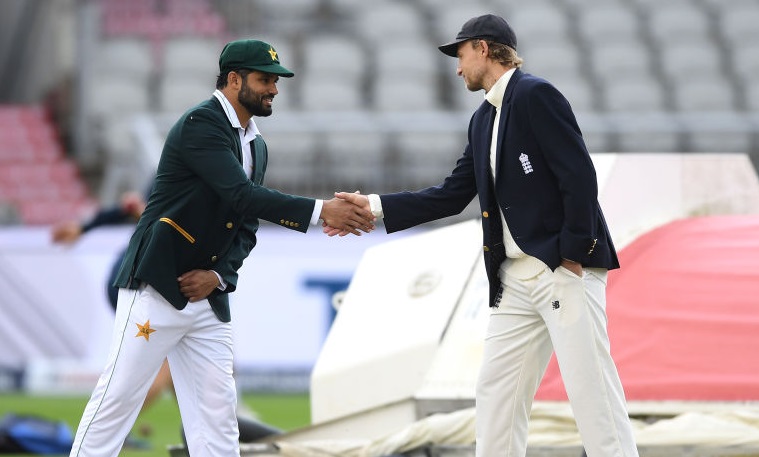 "We can't control the weather but we are clear in our heads. We are going with two spinner and three seamers, with Shadab (Khan) as an all-rounder," said Ali after winning the toss.

"If you come to England you want to bowl fuller and make the batsmen play. We have bowlers who can hit the seam," he added.

England skipper Joe Root said: "We've tried to make the most of the practice days, we have come in unchanged, we'd probably have batted first."

"Ben (Stokes) is not quite 100 per cent fit and it's too big a risk, but his runs have been invaluable and he's a huge part of the dressing room," he added.