England will square off against Ireland in the 20th match of the T20 World Cup on Wednesday, October 26 at Melbourne. 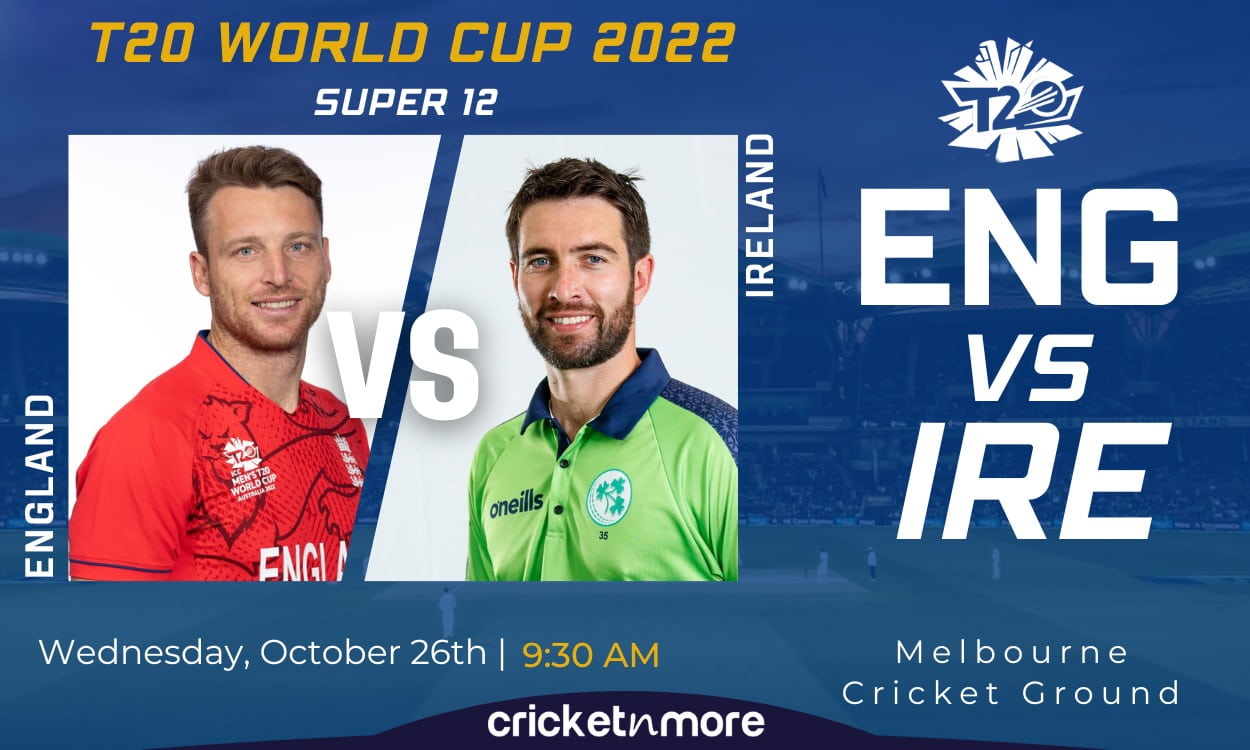 England will square off against Ireland in the 20th match of the T20 World Cup on Wednesday, October 26 at Melbourne.

England started the tournament with a win by defeating Afghanistan, but the English batsmen could not impress in this match. Chasing a target of 113 runs, the star-studded English team had fallen for 5 wickets and had to bat 18.1 overs to register a win.

Liam Livingstone (29) scored the most runs in the match. On the other hand, Jos Buttlar (18), Alex Hales (19), and David Malan (18) failed to play big innings after a good start.

The English bowlers bowled very well against Afghanistan. Sam Curran broke the back of the opposition team by taking 5 wickets for 10 runs. Ben Stokes and Mark Wood took two wickets each. At the same time, Chris Woakes took one wicket in his name.

Ireland has not had a good start in the tournament. They had to face defeat against Sri Lanka in the first match where their batting wasn't up to the mark.

Harry Tector got the highest number of runs (45) for Ireland, while Paul Stirling also scored 34 runs. But apart from him, no other batsman could play a long inning on the field. Against Sri Lanka, the team's score could only reach 128 runs.

The performance of the Irish bowlers was also very disappointing. Gareth Delany was the only successful bowler in the last match. Delany took one wicket for 28 runs in 4 overs. The Sri Lankan batsmen had targeted Joshua Little and he conceded 45 runs in 4 overs. Simi Singh also gave runs with an economy of 10.

Looking at the current form, England will be the favorite to win the game against Ireland.

ENG vs IRE: Where to Watch?

England vs Ireland match will be streamed on the Star Sports network on TV, and Hotstar (OTT) for Indian viewers.

Both teams are likely to go with the same playing XI as played in the previous games.

*. This fantasy XI is based on the understanding, analysis, knowledge, and instinct of the writer. While making your prediction, consider the points mentioned, and make your own decision.