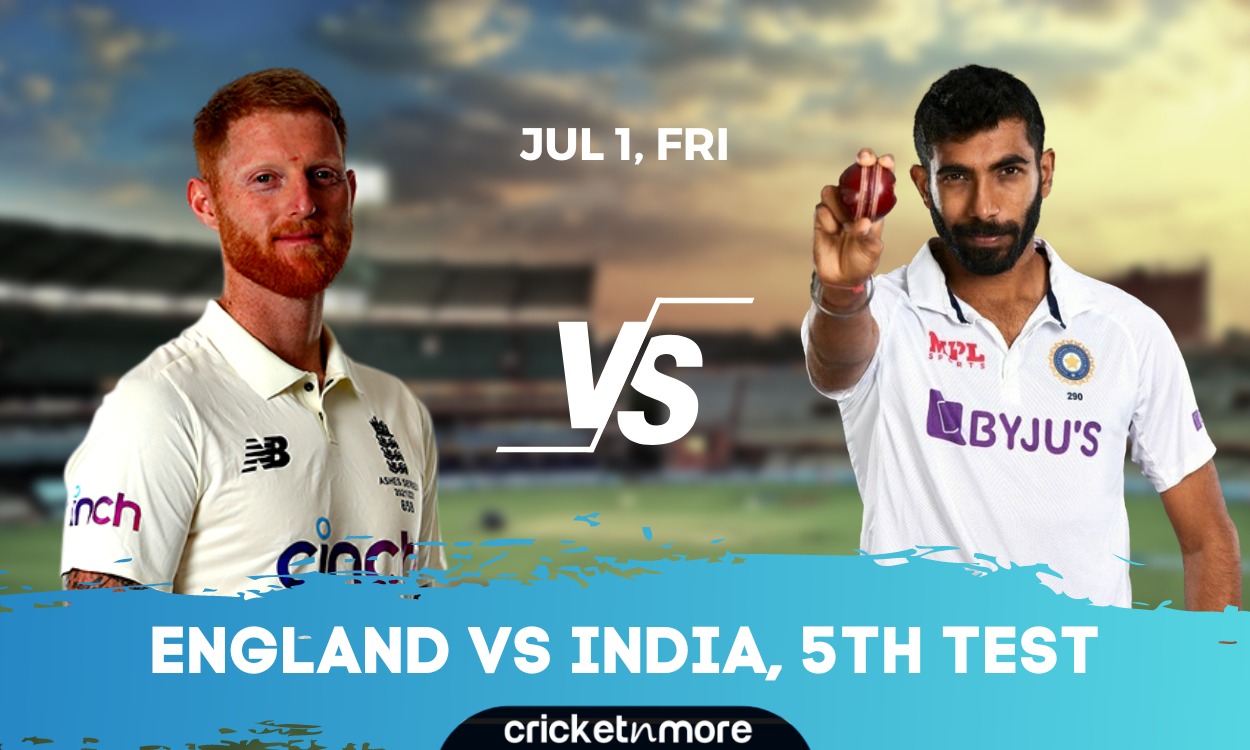 Team India will take on England in the 5th rescheduled test at Edgbaston, Birmingham on July 1st (Friday).

A new-look English team has ticked off all boxes in the recently concluded 3-match test series against defending World Test Champions New Zealand, clinching the series 3-0. As expected, Joe Root was the highest run-scorer for the English team with 396 runs in 6 innings, averaging 99.00. However, what surprised most people was Jonny Bairstow. The explosive keeper batter was the second-highest run-getter for England in the series as he smacked 394 runs at a strike rate of 120.12. Put together with Ollie Pope, Ben Stokes and the new all-rounder Jamie Overton, the English batting lineup looks strong enough to draw the series against India 2-2 with a win in the Edgbaston Test.

Matty Potts was the lead wicket-taker for the England team against New Zealand, with 14 wickets in 3 matches at an impressive economy of 2.59. Leach showed his skills as the spinner grabbed 13 wickets while bowling in 4 innings. Broad and Anderson followed with 12 and 11 wickets each to their name and very well may trouble the Indian batters.

Team India played their last test against Sri Lanka at home in March 2022, and would be etching to register a win or a draw and win their first series in England since 2007. Rohit's unavailability due to covid will put India back a bit as the opener was the highest run-scorer in India vs England test series last year, with 368 runs in 8 innings including a ton & two fifties. However, KS Bharat, who performed well in the practice match, may get the opening slot.

The bowling department will be ably handled by the stand-in captain Jasprit Bumrah, who picked up 18 wickets for India against England in England last year. Along with, Mohammad Siraj & Mohammad Shami, the pace trio can easily wreak havoc on the English batters and help India register a historic series win on English soil. Ravindra Jadeja will be the spin option, and team management may play R Ashwin or Shardul Thakur with the pitch conditions in mind.

Even though team India is leading the series 2-1, the new-look English side looks dangerous and with a 3-0 win against WTC champions on their back, the hosts will start as favourites to win this match against an 'undercooked' Indian side.

England have already announced their playing XI a day before the test match.