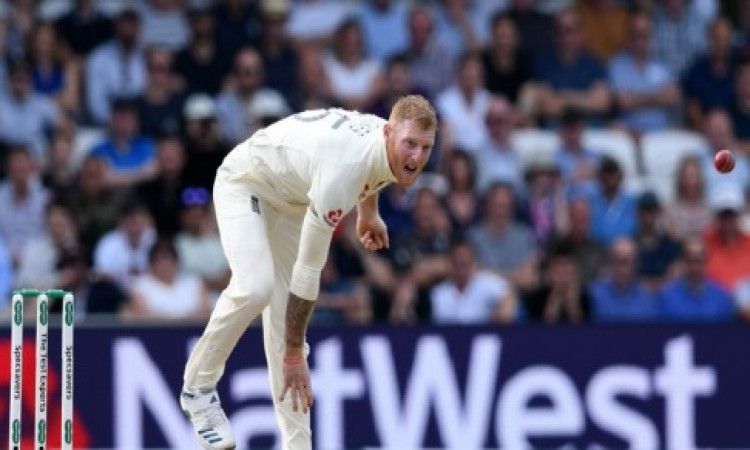 Leeds, Aug 24. The English batsmen have their task cut-out as the Australians have set them a target of 359 on the third morning of the third Ashes Test between England and Australia at Headingley on Saturday. After capitulating for just 67 in their first innings, they started well in the chase as they went into the lunch interval with the score on 11/0, needing another 348 to win the Test and level the series.

At Lunch, while Rory Burns was unbeaten on 5, Jason Roy gave him company at 6 as the Australian bowlers bowled four overs before the first session came to an end. Tim Paine did introduce Nathan Lyon to bowl an over before the break, but the English openers played him out.

Earlier, it was a decent start to the morning session for the English bowlers as they picked the remaining four wickets for 75 runs. Marnus Labuschagne stole the show with a gritty 80 off 187 balls as he looked to grind it out even as wickets fell around him. It finally took a run out for his innings to come to an end, the ninth of the innings.

Starting the day with James Pattinson for company, the duo added 44 runs before Pattinson's efforts (20 off 48 balls) came to an end as Jofra Archer got the ball to pitch in the right area to induce the edge.    But the Australian tail tried to wag a little bit longer as the trio of Pat Cummins (6), Nathan Lyon (9) and Josh Hazlewood (4) added 31 runs in total to help extend the frustration of the English bowlers.

For England, the most impressive bowler on display was all-rounder Ben Stokes as he finished with figures of 3/56. Archer for his delightful display in the Lord's Test and the first innings here, picked two wickets in the second essay.

Stuart Broad (2/52), Chris Woakes (1/34) and Jack Leach (1/46) all tried their best to pitch in and keep the Australian second innings total as low as possible.